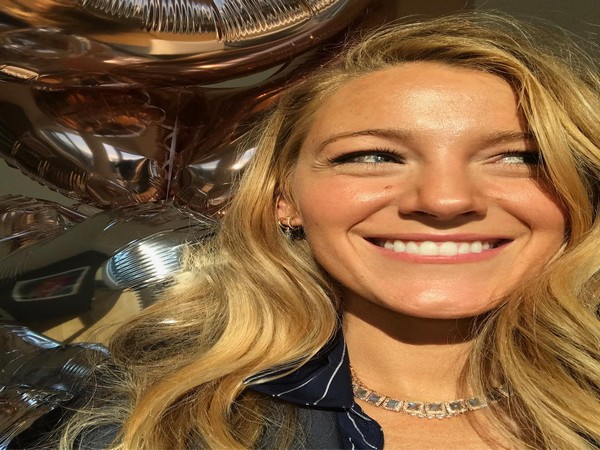 Washington D.C. [USA], Feb 13 (ANI): American actor Blake Lively opened up how she’s more particular about her movie roles at present as she is now a mother of three children with husband Ryan Reynolds.
According to E!News, the 32-year-old actor stepped out to attend the Michael Kors show during New York Fashion Week on Wednesday (local time). At the event, Lively said of choosing film roles, “I guess I really have to really, really, really, really love it, because I’m just obsessed with my kids, So, yeah, I think it’s gotta really be worth it to take me away.”
The couple, Lively and Reynolds are parents to daughters five-year-old James Reynolds and two-year-old Inez Reynolds. They recently welcomed a third daughter but have yet to share her name.
Earlier, in mid-October, the ‘Deadpool’ actor shared the first pictures of newborn daughter where he covered up the baby girl’s face by drawing a smiley face.
On Wednesday, designer Michael Kors spoke to E!News where he recalled introducing Lively to the fashion world during her early ‘Gossip Girl’ days. Kors stated that he saw one episode of ‘Gossip Girl’, after which he became a fan of the web series.
Kors stated, “We called her, we were going to a fashion event and she had never been to one. And I said, ‘Would you like to come?’ And we kind of introduced her to the fashion world.”
The designer further revealed that one of the things that Lively enjoys playing with clothes and fashion, and she knows what works for her.
The ‘A Simple Favor’ star spoke about her friendship with Kors that they’ve been pals for over 10 years now. (ANI)

Tendulkar, Lara to face each other in Road Safety World Series opening match