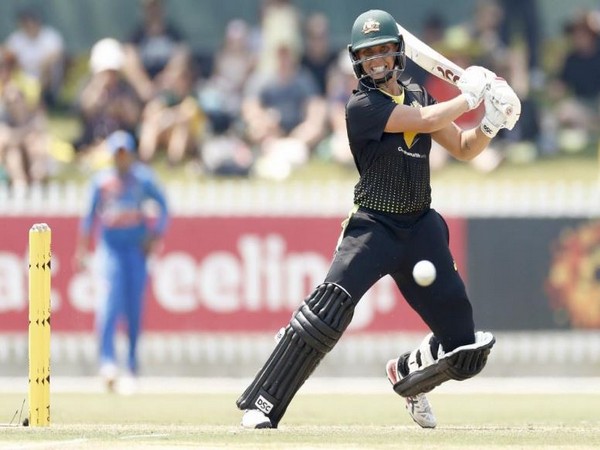 Sydney [Australia], Feb 14 (ANI): Ahead of the ICC Women’s T20 World Cup, Ashleigh Gardner backed Australian top-order’s ability to produce runs consistently.
“There’s a lot more to come from us with the bat. Beth Mooney has done really well at the top, but the batters around her haven’t done amazingly. That’s something we can improve on a little bit,” the 22-year-old said in a statement.
The hosts scooped a statement victory in a tri-series with India and England but didn’t have it all their own way as they prepare to defend their world title on home soil.
“I don’t think there’s too much pressure, but Midge (Healy) is itching to score runs and hopefully the World Cup is when she’s going to turn things around and start making some runs for herself and the team,” she said.
“We play an attacking brand of cricket, especially myself and Midge, and we don’t do so well when we move away from that,” she added.
A lean run for star keeper-batter Alyssa Healy – four single-digit scores her worst slump since 2013 – is cause for concern but Gardner insists her side will stick to their gung-ho approach when the stakes are high.
“We know we have the backing of our staff and team-mates and when it doesn’t come off, we know to still play our natural way,” Gardner said.
“Sometimes that works well and that’s when we make big scores and people have good personal success,” she added.
Australia get their World Cup campaign underway against India on February 21, but first are the warm-up matches against West Indies in Brisbane on Saturday and South Africa in Adelaide on February 18.
The 10-team mega tournament is capturing the attention of the Australian public, with the prospect of the final at Melbourne Cricket Ground on March 8 firing the imagination.
Record attendances for women’s sport could fall and with an hour-long show from Katy Perry set to accompany the action, the reach of the event looks set to stretch far beyond traditional cricketing audiences. (ANI)

Wicket had good bounce that I never experienced before: Hanuma Vihari