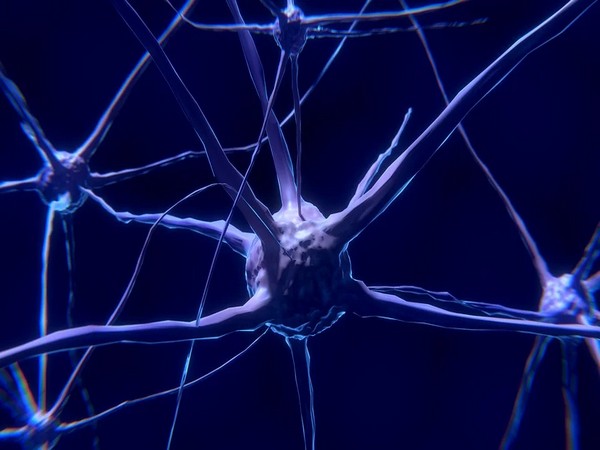 Arizona [USA], Feb 12 (ANI): A group of researchers has created an ultra-small, wireless, battery-free device that uses light to record individual neurons so that neuroscientists can track the inner working of the brain.
The technology developed by scientists at the University of Arizona, George Washington University and Northwestern University, is detailed in a study in the Proceedings of the National Academy of Sciences.
The mammalian brain is the most complex organ in the body, capable of processing thousands of stimuli simultaneously to analyse patterns, predict changes and generate highly measured action. How the brain does all this — within fractions of a second — is still largely unknown.
Implants that can probe the brain at the individual neuron level are not widely available to researchers. Studying neuron activity while the body is in motion in an everyday setting is even more difficult because monitoring devices typically involve wires connecting a study participant to a control station.
“As biomedical engineers, we are working with collaborators in neuroscience to improve tools to better understand the brain, specifically how these individual neurons — the building blocks of the brain — interact with each other while we move through the world around us,” said lead study author Alex Burton, a University of Arizona biomedical engineering doctoral student and member of the Gutruf Lab.
The process first involves tinting select neurons with a dye that changes in brightness depending on activity. Then, the device shines a light on the dye, making the neurons’ biochemical processes visible. The device captures the changes using a probe only slightly wider than a human hair, then processes a direct readout of the neuron’s activity and transmits the information wirelessly to researchers.
“The device is smaller than a single M&M and only one-twentieth of the weight,” Burton said.
The device can be tiny, and even flexible like a sheet of paper because it does not need a battery. It harvests energy from external oscillating magnetic fields gathered by a miniature antenna on the device.
“When creating the device, we used materials and methods that are readily available and cheap enough to enable large-scale adaptation of the tool by the scientific community,” said study senior author Philipp Gutruf, who leads the Gutruf Lab and is an assistant professor of biomedical engineering and member of the university’s BIO5 Institute.
“We hope that the technology can make a difference in fighting neurodegenerative diseases such as Alzheimer’s and Parkinson’s and cast light on the biological mechanisms, such as pain, addiction and depression.” (ANI)

Salt water may periodically form on the surface of mars

He never did anything to me: Macaulay Culkin talks about Michael Jackson