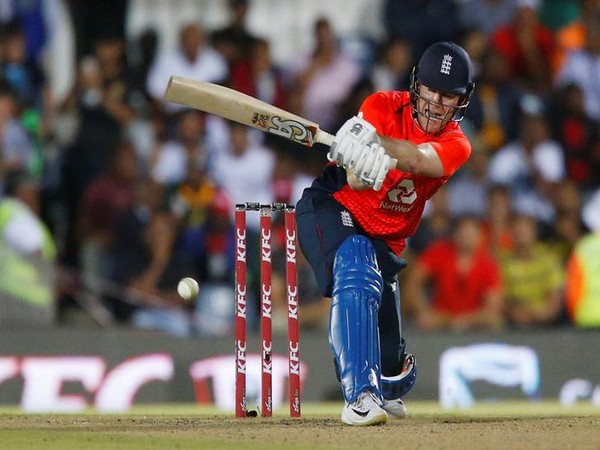 East London [South Africa], Feb 13 (ANI): After facing a one-run defeat against South Africa in the first T20I of the three-match series, England skipper Eoin Morgan said that the game was outstanding and matches like this will hold the side in good stead ahead of the upcoming T20 World Cup.
“It was an outstanding game of cricket. Experiences like this, particularly with a World Cup around the corner, are just so valuable to the team,” ESPN Cricinfo quoted Morgan as saying.
“I think we learn more about both sides when they get to put a little bit more pressure. Today was a fine example of that. Both teams gave it absolutely everything and left everything on the field, but in all honesty, I thought in all three departments today we could make up more than that,” he added.
Chasing 178, England was cruising at one stage after being 131/3 in the 15th over, however, the side collapsed and fell short by one run.
Skipper Morgan tried his best as he played a knock of 52 runs, but he was dismissed in the penultimate over and England was not able to chase seven runs in the final over.
Lungi Ngidi was the star with the ball for the Proteas as he scalped three wickets in his four overs. (ANI)