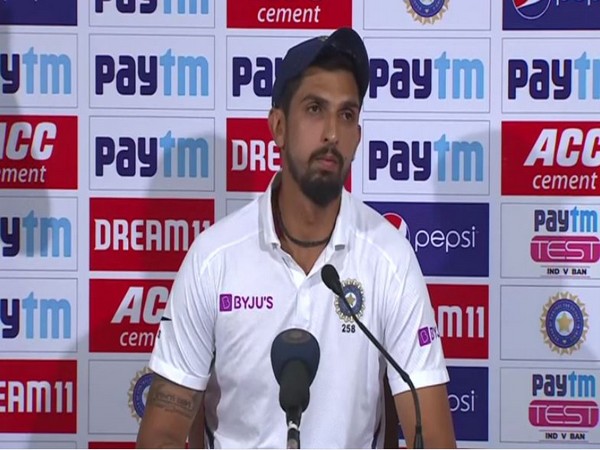 London [UK], Feb 13 (ANI): India pacer Ishant Sharma will be undergoing a fitness test on February 15 at the National Cricket Academy (NCA) to determine his availability for the upcoming Test series against New Zealand.
The Men in Blue have a tour game scheduled for February 14-16 in Hamilton and if Ishant passes the test, he will fly to Wellington to join India’s squad for the first Test, ESPN Cricinfo reported.
On January 21, Ishant twisted his right ankle while playing for Delhi in a Ranji Trophy match against Vidarbha at the Arun Jaitley Stadium.
The injury took place when Sharma turned back to appeal on his follow-through. His MRI scans revealed that he had suffered a Grade 3 tear in his ankle.
However, the pacer travelled to the NCA to begin his rehabilitation.
The Indian team management would hope that Sharma clears the test, considering he has been an integral part of the fast-bowling unit, which has been the backbone of Virat Kohli’s India keeping a firm hold as the No. 1 Test ranking for the past few years.
India is currently at the top of the World Test Championship (WTC) standings and the side would look to put behind the misery of the ODI whitewash against the Kiwis. (ANI)