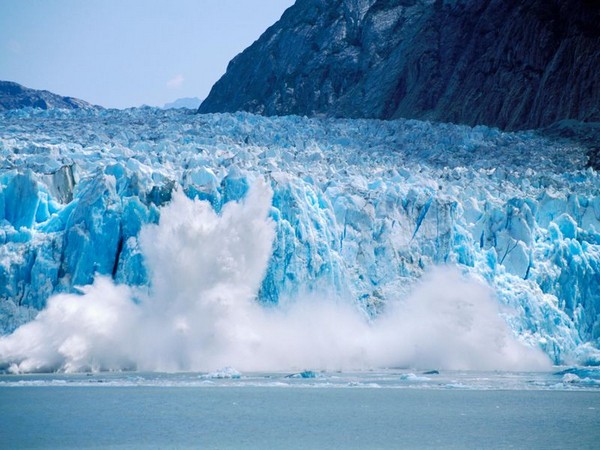 Washington D.C [US], Feb 12 (ANI): A study of the Antarctic ice sheet in a [email protected] warmer world demonstrates the importance of meeting the Paris climate agreement.
Researchers have long speculated that melting of the West Antarctic Ice Sheet (WAIS) may have contributed substantially to global sea-level rise during the Last Interglacial (LIG) period, 129,000-116,000 years ago. However, no direct physical evidence of such melting has yet been identified.
Chris Turney and colleagues report a high-resolution record of environmental and ice-sheet changes from the Patriot Hills Blue Ice Area at the periphery of the WAIS. Deuterium isotope measurements revealed a hiatus in the ice record beginning approximately 130,000 years ago, immediately prior to the LIG.
This hiatus suggests a substantial loss of ice mass during the LIG that coincides with a well-documented peak in ocean temperatures, suggesting that ocean warming drove ice sheet loss.
The DNA analysis of ancient microbes preserved in the ice revealed a high proportion of methane-utilizing bacteria immediately prior to the ice sheet loss, consistent with elevated methane levels due to methane release from marine sediments. Ice-sheet modelling based on the ocean and atmospheric temperatures consistent with those during the LIG predicted an Antarctic contribution to global mean sea level of around 2-6 meters in the first 1,000 years.
The results suggest that the WAIS may be highly sensitive to future warming, according to the authors. (ANI)

Love the stars? Astronomers have a unique suggestion for Valentine’s Day