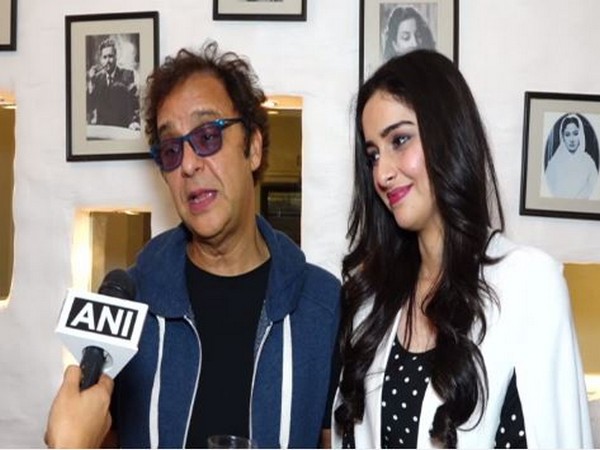 Mumbai (Maharashtra) [India], Feb 11 (ANI): Days after the release of his film, ‘Shikara’ director Vidhu Vinod Chopra on Monday said that he is extremely happy with the warm response his film has been getting across India.
“I am very happy with public appreciation that the film is getting. It feels very nice to get appreciation from everywhere. We went to Delhi, we got widely appreciated there, then we went to Kolkata and we were applauded there too,” Chopra told ANI.
“It is a new type of film, new topic, and new actors and then so much of appreciation. I am very glad,” he added.
When asked about how he managed to portray the real-life pain of the Kashmiri Pandits on-screen, the lead actor of the film, Aadil Khan said, “We were so immersed in the characters that we have actually lived the story. We were actually living the entire story during the shoot of the film, we were Shiv and Shanti.”
“We could actually feel everything that we were doing in the film because we were living those characters,” he added.
Earlier on February 7, a woman belonging to the Kashmiri Pandit community broke down and lashed out at Chopra after watching ‘Shikara’ at a theatre here where he had come to get a firsthand public review of the film.
The woman alleged that Chopra commercialised the entire issue of Kashmiri Pandit exodus of 1990s and did not portray the actual suffering of the community including the genocide, mass rapes and mass murders committed by Islamic radical groups in his film.
Vidhu Vinod Chopra-directorial ‘Shikara’ received a decent response over the weekend and collected Rs 4.95 crores as of February 09.
‘Shikara’ narrates the story of the mass exodus of Kashmiri Pandits from the Kashmir valley in 1990 and the bond between the lead actors in the worst of times.
The film showcases 40,000 real migrants of Jagti and other camps. It also has real footage from the time of the mass exodus.
The flick is largely shot in the Kashmir Valley and is being promoted mainly as a journey of love between the lead couple.
Co-produced by Fox Star Studios, ‘Shikara’ released on February 7. (ANI)