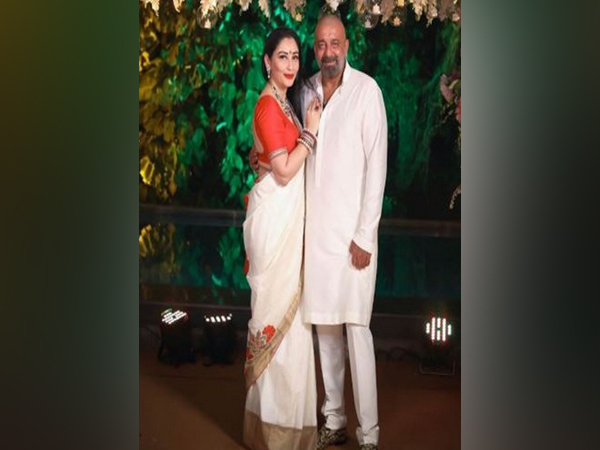 New Delhi [India], Feb 11 (ANI): Veteran actor Sanjay Dutt wished his beloved wife Maanyata Dutt with an adorable video on the occasion of their 12th wedding anniversary.
The 60-year-old actor shared an extremely adorable video on Instagram and wrote: “Don’t know what I would do without you… Happy anniversary @maanayata ” along with a heart emoji.

Don’t know what I would do without you… Happy anniversary?? @maanayata

The adorable video shared by Sanjay featured pictures of the gorgeous couple in different locations.
Manyata Dutt also reciprocated the love as she penned an emotional message, especially for the occasion.
She wrote: “There is no feeling in the world like knowing you have someone by your side to face whatever life throws at you [?] thank you @duttsanjay for being that someone in my life for years and forever to come #happyanniversary #besthalf #love #grace #positivity #dutts #togetherness #beautifullife #thankyougod.” 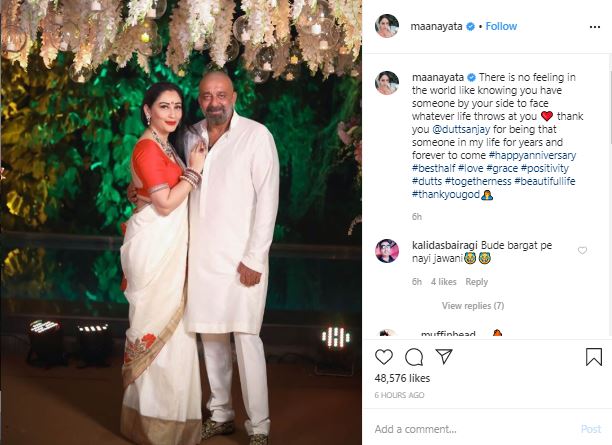 The couple got married in 2008. They share 9-year-old twins daughter Iqra Dutt and son Shahraan Dutt.
On the work front, Sanjay was last seen in ‘Panipat’, alongside Arjun Kapoor and Kriti Sanon, the historical-drama was bankrolled by Maanayata. He has a series of films lined up, these include ‘Sadak 2’, ‘KGF: Chapter 2’ and ‘Bhuj: The Pride of India’. (ANI)