On first official visit to India, Donald Trump to travel to Ahmedabad 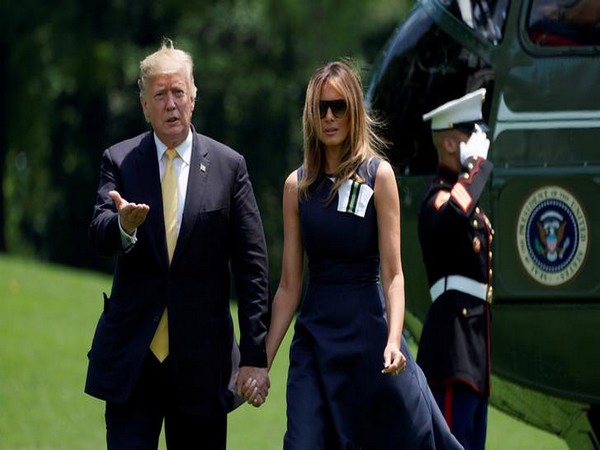 Washington D.C. [US], Feb 11 (ANI): During his first official visit to India on February 24-25, US President Donald and his wife Melania Trump will travel to Ahmedabad, Gujarat apart from New Delhi.
“President Donald J. Trump and First Lady Melania Trump will visit India on February 24-25, 2020. The President and The First Lady will travel to New Delhi and Ahmedabad, which is in Prime Minister Modi’s home state of Gujarat and played such an important role in Mahatma Gandhi’s life and leadership of the Indian independence movement,” said White House.
The White House further stated that during a phone call over the weekend, President Trump and Prime Minister Narendra Modi agreed the trip will “further strengthen the United States-India strategic partnership and highlight the strong and enduring bonds between the American and Indian people.”
The confirmation of Trump’s visit comes days after India’s new ambassador to the US, Taranjit Singh Sandhu presented his credentials to the US President.
“President @realDonaldTrump & @FLOTUS will travel to India from February 24-25 to visit Prime Minister @narendramodi! The trip will further strengthen the U.S.-India strategic partnership & highlight the strong & enduring bonds between the American & Indian people,” the White House tweeted.
Earlier in the day, the Defense Security and Cooperation Agency informed that the Donald Trump administration has approved the sale of an Integrated Air Defense Weapon System (IADWS) to India for an estimated cost of $1.867 billion.
Last week, Trump was cleared of all charges by the US Senate in the impeachment trial.
The Ministry of External Affairs had said in January that India and US are in contact through diplomatic channels over the US President’s proposed visit. (ANI)

US asks its citizens stranded in India to be ready with…