Craig Ervine to captain Zimbabwe against Bangladesh in one-off Test 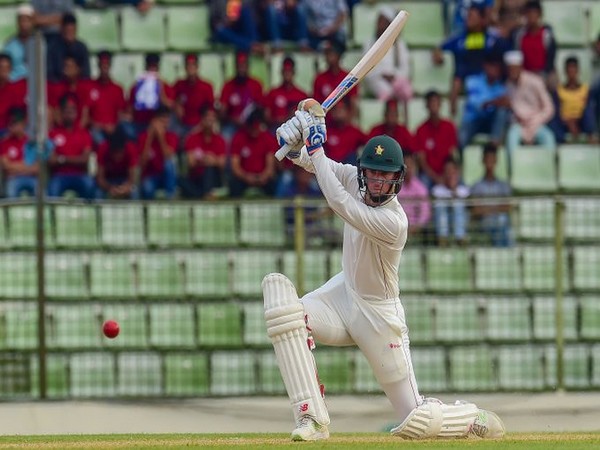 Harare [Zimbabwe], Feb 10 (ANI): Zimbabwe Test squad against Bangladesh will be led by Craig Ervine in the absence of regular skipper Sean Williams.
Williams will miss the one-off Test against Bangladesh in Dhaka from February 22. He will be with his family for the birth of his first child as Zimbabwe Cricket on Monday announced the 15-member squad.
Kyle Jarvis is unavailable due to a lower-back problem that he picked up playing the first Test against Sri Lanka in January while Tendai Chatara continues his recovery from a bicep injury.
As a result, Zimbabwe has recalled Chris Mpofu, whose last game of Test cricket was the four-day pink-ball match against South Africa in December 2017, ESPNcricinfo reported.
Zimbabwe will leave for Dhaka on Friday and will face the Bangladesh Cricket Board XI in a two-day practice game on February 18. Then they play the Test following which they play three ODIs against the hosts on March 1, 3 and 6.
Zimbabwe Test squad: Sikandar Raza, Regis Chakabva (wk), Craig Ervine (captain), Kevin Kasuza, Timycen Maruma, Prince Masvaure, Christopher Mpofu, Brian Mudzinganyama, Carl Mumba, Tinotenda Mutombodzi, Ainsley Ndlovu, Victor Nyauchi, Brendan Taylor, Donald Tiripano, and Charlton Tshuma. (ANI)