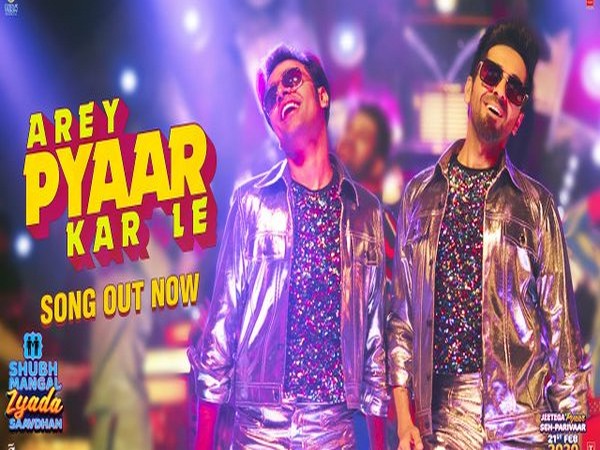 The 2-minute song gives a retro vibe as it is the revised version of the popular 80’s track ‘Pyaar Bina Chain Kaha Re’. The song shows Ayushmann shaking a leg on the dance floor sporting shiny bell-bottom pants, he is also joined by his love interest Jitendra Kumar. The dancing number also features Gajraj Rao and Neena Gupta in the retro look. Bappi Lahiri’s guest appearance adds another charm to the dancing number. The disco song has been penned by Vayu and crooned by Bappi Lahiri and Ayushmann Khurrana.
Veteran actor Anil Kapoor also shared the song on Twitter and wrote, “From one AK ( me ) to another @ayushmannk #AreyPyaarKarLe lives on!!” 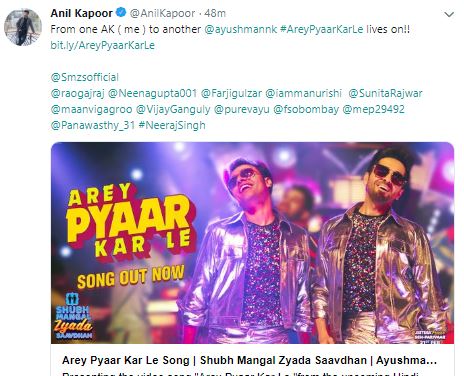 ‘Shubh Mangal Zyada Saavdhan’ is a light-hearted comedy that can be seen as a progressive attempt towards the acceptance of same-sex couples, an issue that continues to remain a taboo in India even after a year of its decriminalisation by the Supreme Court.

Helmed by Hitesh Kewalya and produced by Bhushan Kumar, the film is the second instalment of ‘Shubh Mangal Saavdhan’ film, which was released in 2017.

The romantic comedy flick with a powerful message is set to hit the big theatres on February 21. (ANI)