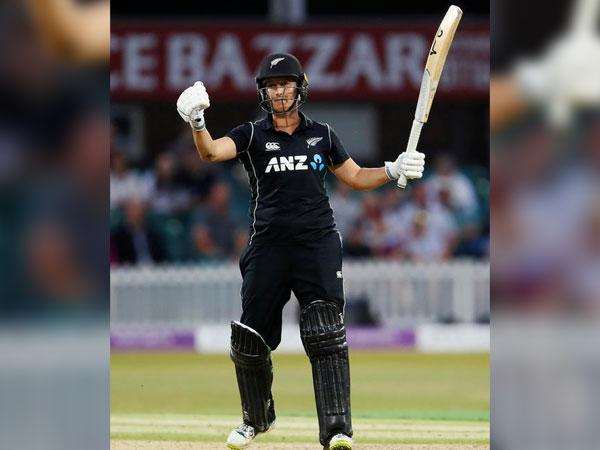 Wellington [New Zealand], Feb 10 (ANI): New Zealand skipper Sophie Devine on Monday became the first cricketer to smash five successive fifty-plus scores in the shortest format of the game.
Devine achieved this milestone in the fourth T20I against South Arica and with this feat she has surpassed former Indian skipper Mithali Raj, who previously held the record in women’s cricket.
The right-handed batter also became the second New Zealand women cricketer to slam a century in T20I. She smashed 105 runs from 65 balls which included 12 classic boundaries and three swashbuckling sixes.
Devine’s heroics in the match powered New Zealand to a comfortable win over the Proteas.
With this victory, the hosts have taken an unassailable 3-1 lead in the five-match T20I series against South Africa.
The two teams will next lock horns in the final T20I on February 13. (ANI)