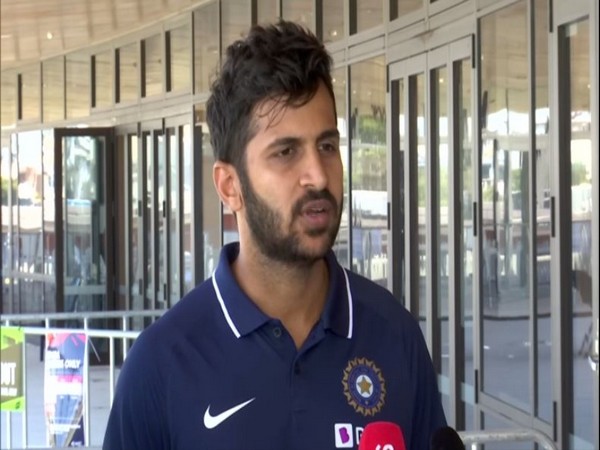 Tauranga [New Zealand], Feb 10 (ANI): Ahead of the third ODI of the three-match series against New Zealand, Indian pacer Shardul Thakur on Monday stressed the need to dismiss Ross Taylor as he possesses a huge threat once the Kiwi batsman gets going.
The Men in Blue have been unable to dismiss Taylor in the first two ODI matches. As a result, the 35-year-old batsman played two match-winning knocks to allow the hosts to gain an unassailable lead in the series.
Taylor has so far scored 182 runs in the series.
Thakur also said that New Zealand is a tough place to play cricket because of the ground dimensions.
“Ross is batting really well. He can play like God on the legside once he is in. In the last two ODIs, there were chances of us dismissing him, but we did not grab our chances. It is important to send him back early in the innings. The opening partnership has been crucial for them. They are getting off to a good start and it has reaped rewards for them,” Thakur told reporters ahead of the third and final ODI.
“The dimensions here are quite different. It is important to understand them when you come to New Zealand. Every ground has a shorter boundary on one side and bowling plans change according to them. It is difficult to play cricket here because of the ground dimensions,” he said.
The 28-year-old Thakur also spoke about the U-19 side which fell short of lifting their fifth World Cup title. In the finals, India lost to Bangladesh by three wickets.
“It was disappointing to see India not lifting the U-19 title. Our team showed great performance in the entire tournament. Yashasvi played domestic cricket with me this year. He has been in remarkable form in his entire career. I believe he is on the right track,” Thakur said.
Thakur, who has managed to take three wickets in the ODI series, said that the bowlers should look to set their own fields as they know about what delivery will come out of their hand next.
“Every match is important. Just because we are 0-2 down, this does not mean that the final match is important. Every international match holds a key. We are 0-2 down. We can express ourselves and we will play with freedom,” he said.
“I think wherever you play, bowlers get the benefit of setting the field, as the bowler knows where he will bowl. The confidence develops when you keep executing your skills, my rhythm feels good right now. I am focussing on the process and not on the outcomes,” he added.
India will take on New Zealand in the final ODI on Tuesday at the Bay Oval. (ANI)