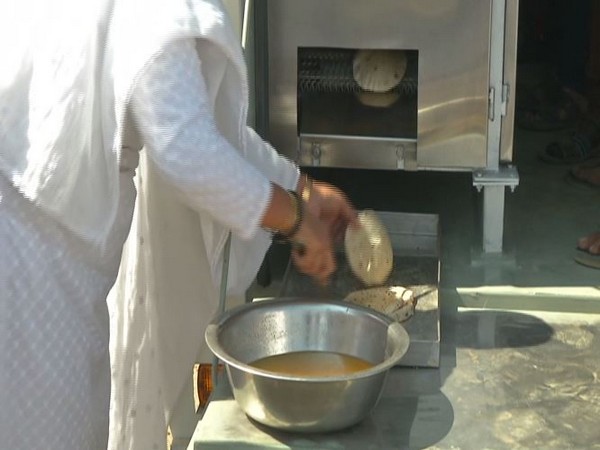 Rajkot (Gujarat) [India], Feb 8 (ANI): In a bid to serve freshly-cooked rotis free of cost to slum dwellers and the needy in and around Rajkot, a city-based NGO has launched a unique programme which they have named as “Roti on Wheels”.
At the inaugural day of the programme on Saturday, a team of volunteers of Rajkot Arham Yuva Seva Group, the NGO behind the initiative, served hot chapattis dispensed from an automatic machine along with dal and rice to the people residing in various slum areas of Rajkot.
“We can make more than 1,000 rotis in one hour with this machine and they will be served then and there. In general, people feed the needy by cooking food at home and then serve the same at the slums but we serve steaming hot rotis at the spot,” said Setur Desai, a member associated with the initiative.
“We will distribute the rotis at civil hospital and areas around Rajkot,” he added.
The project was launched as the “Tavsamrat prasadam” scheme in honour of a local saint, Tavsamrat Ratanlalji Maharaj, said a member of the NGO.(ANI)