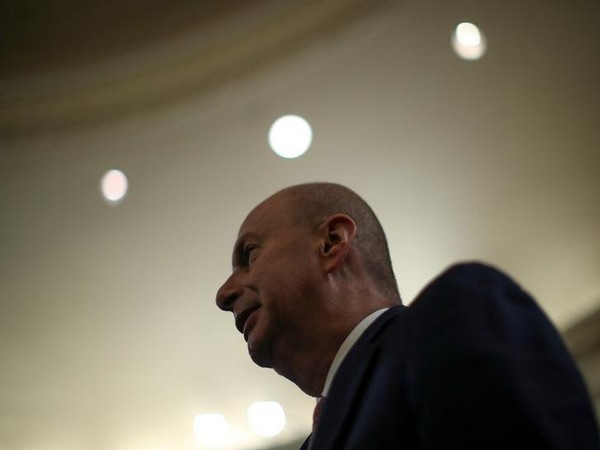 Washington D.C. [USA], Feb 8 (ANI): US President Donald Trump dismissed Gordon Sondland, the ambassador to the European Union, from his post on Friday evening (local time).
Sondland, who was the second witness who testified against the President in last year’s impeachment hearings, said he was informed of Trump’s intention to recall him, The Washington Post reported.
His ouster came hours after Trump removed Lt. Col. Alexander Vindman and his twin brother from their posts at the National Security Council.
On Friday, Trump said his impeachment by the House should be “expunged” because it was a “total political hoax.” He continued to target House Speaker Nancy Pelosi and Senator Mitt Romney, the only Republican who voted to convict him in the Senate trial that ended with his acquittal on Wednesday.
The crux of the case against Trump was the allegation that he withheld military aid and a White House meeting to pressure Ukraine to investigate Joe Biden and his son. Hunter Biden served on the board of Burisma, a Ukrainian energy company, while his father was vice president.
Trump was absolved of all charges by the US Senate in the impeachment trial on Wednesday.
First, in a 52-48 vote, the President was found not guilty of the charge of abuse of power. Then again he was acquitted of the second impeachment article: obstruction of Congress with 53-47 vote. (ANI)

US asks its citizens stranded in India to be ready with…