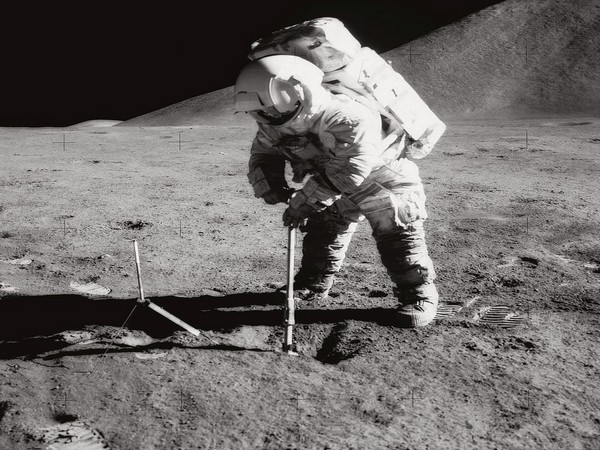 Washington D.C. [USA], Feb 7 (ANI): Since NASA’s last trip to the moon in 1972 there has not been another visit to the lunar surface and with no future visit planned yet, every bit of soil brought back by astronauts is exemplary and precious.
Researchers have come up with a new way to analyze chemistry of the Moon’s soil using just a single grain of dust.
The new discovery published in Meteoritics & Planetary Science aims to help us learn more about conditions on the surface of the Moon and the formation of precious resources like water and helium there.
“We’re analyzing rocks from space, atom by atom,” says Jennika Greer, the paper’s first author and a Ph.D. student at the Field Museum and the University of Chicago. ” It’s the first time a lunar sample has been studied like this. We’re using a technique many geologists haven’t even heard of.
“We can apply this technique to samples no one has studied,” Philipp Heck, a curator at the Field Museum, associate professor at the University of Chicago, and co-author of the paper adds.
Heck also shared, “You’re almost guaranteed to find something new or unexpected. This technique has such high sensitivity and resolution, you find things you wouldn’t find otherwise and only use up a small bit of the sample.”
The technique is called atom probe tomography (APT), and it’s normally used by materials scientists working to improve industrial processes like making steel and nanowires. But its ability to analyze tiny amounts of materials makes it a good candidate for studying lunar samples.
Soil samples brought back by astronauts of the 1972 NASA’s Apollo 17 mission contains 111 kilograms (245 pounds) of lunar rocks and soil–the grand scheme of things, not a whole lot, so researchers have to use it wisely. Greer’s analysis only required one single grain of soil, about as wide as a human hair.
In that tiny grain, she identified products of space weathering, pure iron, water and helium, that formed through the interactions of the lunar soil with the space environment. Extracting these precious resources from lunar soil could help future astronauts sustain their activities on the Moon.
The results from this study convinced NASA to fund the Field Museum and Northwestern team and colleagues from Purdue for the next three years to study different types of lunar dust with APT to quantify its water content and to study other aspects of space weathering. (ANI)