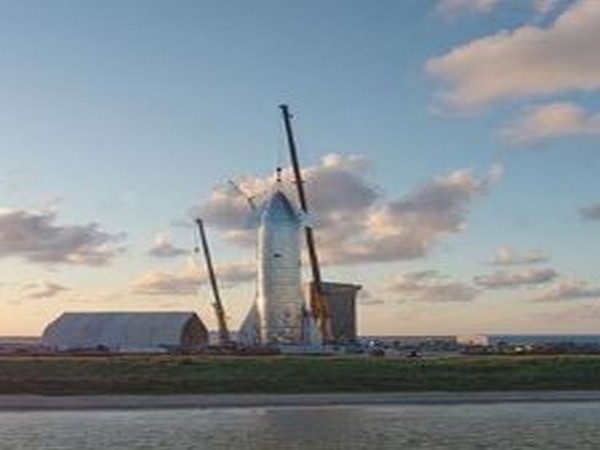 Boca Chica (Texas) [USA], Feb 5 (ANI): Commercial space launch giant SpaceX is gearing up for the upcoming suborbital test run of its future Starship spacecraft at its Boca Chica facility in Texas.
The company is aiming to fly the test vehicle to an altitude of 20 kilometers and make it touch down in the trademark SpaceX fashion.
According to The Verge, the test that would tentatively occur in this year’s March will prove the Starship’s ability to land upright on other planets.
SpaceX revealed in a document that it wants radio frequencies allocated to it by the government through which it would control the spacecraft.
The data about Starship’s trajectory would also be shared with NASA and the USAF reported The Verge.
The Starship comes equipped with the path-breaking liquid methane and liquid oxygen powered Raptor rocket engines that use a full-flow staged combustion cycle to generate thrust.
The spacecraft has been designed to sit atop the Super Heavy booster, a reusable fire breathing leviathan that is still in the works.
When combined, the Starship and Super Heavy would be capable of launching payloads in excess of 100 metric tons or 100 people to the Moon and the Red Planet. (ANI)

Disney Plus to launch in India from next month