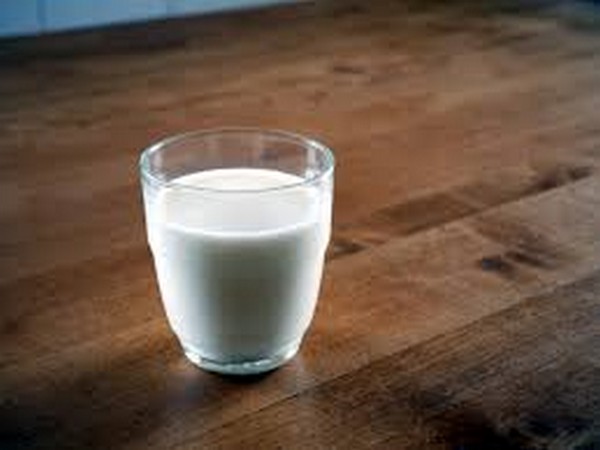 Washington D.C. [USA] Feb 5 (ANI): A recent study found that kids who drank full-fat milk were less likely to be obese than those who drank the low-fat kind.
As told by CNN, full-fat milk also provides the energy requirements necessary for young lads as well as the taste.
The new age parents talk about diet, health and put their young one’s health as their primary concern. Although there may have been an upsurge in milk alternatives and veganism, experts say when it comes to kids, cow’s milk is a must-have and always in its fattiest form.
The three primary sources of energy for the young ones are dairy, protein and carbohydrates.
“And, milk is a good source of calcium, iodine, vitamins A and B12, and fat — it’s the fat that helps children meet their energy requirements”, said Lucy Upton, a specialist pediatric dietician and spokesperson for the Association of UK Dieticians.
Kids particularly need more energy per pound (or kilo) than adults. “The average two-year-old needs 80 calories per kilogram of weight,” she said, highlighting that adults need less than half that amount. Experts also say that one shouldn’t stop consuming dairy unless intolerance or allergy is a genuine issue — something that occurs in 2 per cent to 7 per cent of children.
A new trend of toddler milk has also created a buzz, widely available and targeting children aged 12 months old to 3 years old. A study also found that between 2006 and 2015, toddler milk sales increased by 2.6 times, from 47 to 121 million ounces, aided in large part by increased advertising.
Health and nutrition experts have long advised against toddler milks because of their added sugar and salt and lower protein than ordinary cow’s milk, which was recently reiterated in a consensus statement released by key US health and nutrition organizations.
Upton further said, “Particularly in children under the age of five, we don’t recommend skimmed milk.”
The team analyzed 14 studies that included 20,897 children, comparing children who drank whole milk (3.25 pc fat) with ones who drank reduced-fat (1.5 to 2 pc fat) milk. Canadian researchers found that kids between the ages of one and 18 years old who consumed whole milk were less likely to be obese and heavier. In fact, the odds of them being obese were 39 per cent lower than kids who drank reduced-fat milk.
Kids drinking full-fat milk feel more full rather than heavy or fat.
Maguire told CNN that “It’s important we understand the health effects of what we do with our children. Parents are making these decisions on a day-to-day basis.” (ANI)