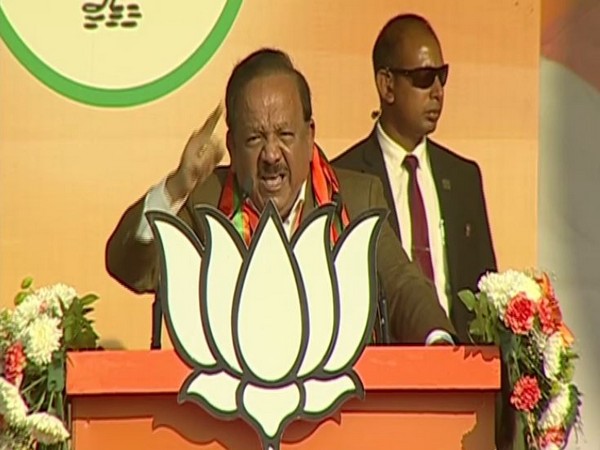 New Delhi [India], Feb 3 (ANI): Union Health Minister Dr Harsh Vardhan on Monday said that despite BJP not being in power in Delhi, the union government did works of around Rs 1.25 lakh crore for the national capital.
“I want to remind the public that despite our government not being there in Delhi, the Modi government did works of Rs 1 to 1.25 lakh crore in the national capital. The AAP government did not start even one infrastructure project here,” Dr Vardhan said at a public meeting at Karkardooma.
The Minister listed out the projects undertaken by the Modi government for Delhi.
“Our Prime Minister has worked in a limitless way for Delhi. The government is going to start a Rs 1,400 crore project in Karkardooma which will promote business in East Delhi. Work going on a Rs 22,000 crore project in Pragati Maidan. A tunnel is being built between Pragati Maidan and Bhairon Marg which will reduce traffic congestion,” he said.
“We have built a National War Memorial in Delhi. A 6 to 16-lane highway between Delhi and Meerut is being built. To end pollution, eastern and western peripheral expressways were built around the national capital. We have also worked to regularise unauthorised colonies which has benefited lakhs of Delhi residents,” he added.
Delhi will go to polls on February 8 and the counting of votes will take place on February 11. (ANI)