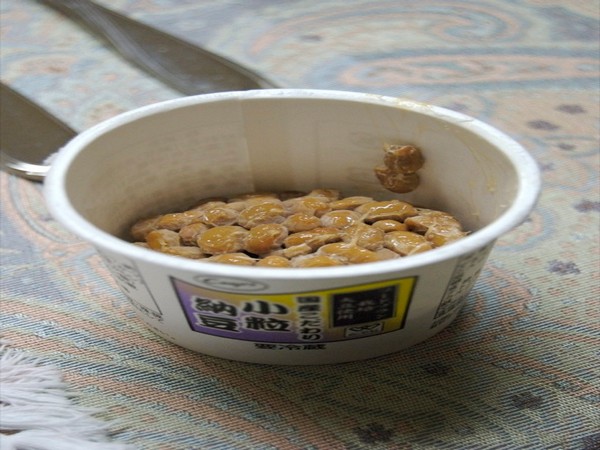 Tokyo [Japan], Feb 1 (ANI): A recent study published in the British Medical Journal states that people with more consumption of fermented soy products are on the comparatively safer end of mortality risk from various health causes.
However, the findings should be interpreted with caution as they may have been affected by confounding factors.
In Asian countries, especially Japan, several types of soy products are widely consumed, such as natto (soybeans fermented with Bacillus subtilis), miso (soybeans fermented with Aspergillus oryzae), and tofu (soybean curd).
It is, however, unclear whether different soy products, especially fermented soy products, are associated with specific health effects.
So a team of researchers in Japan set out to investigate the association between several types of soy products and death from any cause (‘all-cause mortality’) and from cancer, total cardiovascular disease (heart disease and cerebrovascular disease), respiratory disease, and injury.
They base their findings on 42,750 men and 50,165 women aged 45-74 years who were taking part in a study based on 11 of Japan’s public health centre areas.
Participants filled detailed questionnaires about their dietary habits, lifestyle, and health status. Deaths were identified from residential registries and death certificates over a follow-up period of nearly 15 years.
The researchers found that a higher intake of fermented soy (natto and miso) was associated with a significantly lower (10 per cent) risk of all-cause mortality, but total soy product intake was not associated with all-cause mortality.
Men and women who ate natto also had a lower risk of cardiovascular mortality than those who did not eat natto, but there was no association between soy intake and cancer-related mortality.
These results persisted even after further adjusting for the intake of vegetables, which was higher among those consuming larger portions of natto.
The authors point out that fermented soy products are richer in fiber, potassium and bioactive components than their non-fermented counterparts, which may help to explain their associations.
However, this is an observational study, so it can’t establish cause, and the researchers cannot rule out the possibility that some of the observed risks may be due to other unmeasured factors.
They say, “In this large prospective study conducted in Japan with a high rate of soy consumption, no significant association was found between intake of total soy products and all-cause mortality. In contrast, a higher intake of fermented soy products (natto and miso) was associated with a lower risk of mortality.”
Increasing evidence has suggested that fermented soy products are associated with health benefits, write researchers in a linked editorial. Whether people eat those products depends on their food culture, they say, but some countries already include soy and fermented soy products in their dietary guidelines.
Further studies are still required, however, “to refine our understanding of the health effects of fermented soy, and perhaps to inform the development of healthier and more palatable products,” they add. “These efforts should be collaborative, including not only researchers but also policymakers and the food industry.” (ANI)

Keto diet has its own cons: Study