Vote with such force that current is felt in Shaheen Bagh, says Amit Shah 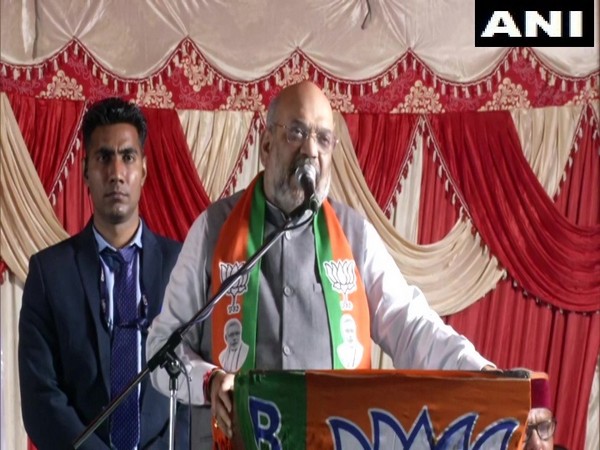 New Delhi [India], Jan 26 (ANI): Union Home Minister Amit Shah on Sunday called upon people to vote in favour of BJP during the Delhi elections with such force that protestors at Shaheen Bagh “feel the current”.
Addressing an election rally in Babarpur, Shah raised a number of issues of to attack the opposition and alleged that Congress leader Rahul Gandhi, Delhi Chief Minister Arvind Kejriwal and Pakistan Prime Minister Imran Khan speak the same language.
He accused the opposition leaders of seeking proof of strike on terror launch pads and camp.
“Why do Kejriwal, Rahul and Imran Khan speak in the same language? What is the relation between them? I am not able to understand this. Can the country be safe in their hands?” he asked.
The minister said that Prime Minister Narendra Modi ordered the surgical strike and air strike to give a befitting lesson to terrorists.
“Narendra Modiji changed the country. Now he wants to change Delhi. This time, press the button of the voting machine so forcefully in Babarpur and the current is felt in Shaheen Bagh,” he said.
Protest is being held at Shaheen Bagh since last month against the Citizenship Amendment Act.
“Your vote to BJP on February 8 will not only result in victory for the BJP candidate, but it will also secure the country and the capital, and prevent incidents like Shaheen Bagh,” he added.
Shah said Prime Minister will make Delhi the best capital in the world and accused Kejriwal of making false promises.
Referring to the court verdict on the Ayodhya issue, he said work on construction of grand temple at the birth place will start in four months. He accused Congress of trying to delay the decision.
Polling to 70-member Delhi assembly will be held on February 8 and the counting of votes will take place on February 11. (ANI)