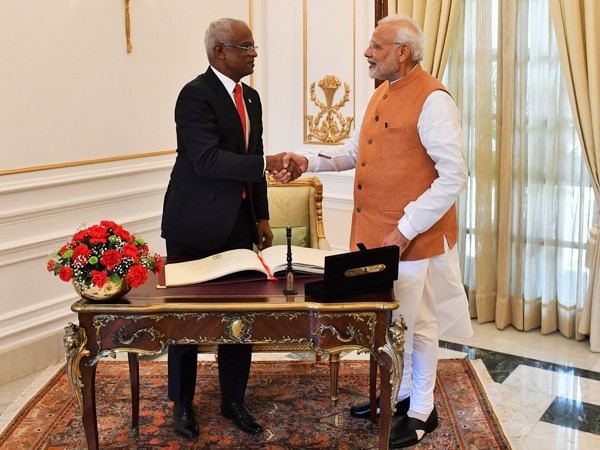 Male [Maldives], Jan 26 (ANI): Maldivian President Ibrahim Mohamed Solih on Sunday extended greetings and felicitations to Prime Minister Narendra Modi and people of India on its 71st Republic Day.
Taking to Twitter, Solih said, “Warm greetings and felicitations to President Kovind, PM @narendramodi and the friendly people of India on India’s 71st Republic Day.”
On this day, 70-year back, India officially adopted its Constitution. The day is being celebrated around the country with great fervor and enthusiasm.
Prime Minister Modi thanked Solih for his greeting and noted that friendship between India and Maldives is getting even stronger.
“Thank you the greetings on India’s #RepublicDay, President @ibusolih. It is a matter of immense delight that friendship between India and Maldives is getting even stronger, benefitting the people of our nations,” Modi tweeted. (ANI)