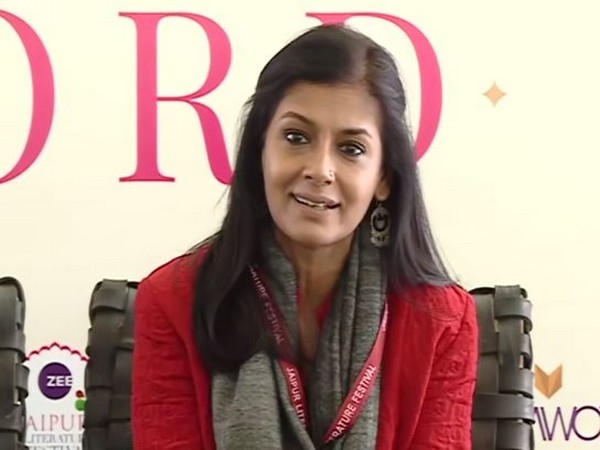 Jaipur (Rajasthan) [India], Jan 23 (ANI): Opposing the new Citizenship Law and proposed National Register of Citizens (NRC) at the annual Jaipur Literature Festival, actor and filmmaker Nandita Das on Thursday said that with spontaneous protests erupting against the law in the country, “every place is becoming Shaheen Bagh”.
“The way spontaneous protests have taken place everywhere, every place is becoming Shaheen Bagh now, since so many people have taken to the streets. So, I feel that every person as a citizen should speak up against this and should keep the foundation and values of this country intact,” said Das during a media interaction on the first day of the literary festival.
The actor turned filmmaker said, “I am happy that many-many people, known and unknown, students, celebrities, every type of people including journalists and writers are voicing their opinions.”
Terming the relationship between NRC and Citizenship act as dangerous, the ‘Manto’ director said that this is the first time that people from the film community are being associated with the issue.
“For the first time people from the film community are being associated with it. People as human being are coming out. People from the mainstream as well as from every cinema have spoken against the dangerous relationship of CAA and NRC,” Das told reporters.
The filmmaker who is known for making movies on societal issues further slammed the government and said that at the time of economic meltdown and rise or unemployment, people are being asked to prove their nationality.
“In our country where today the economic meltdown is taking place, unemployment is at the rise, there are problems of education and healthcare and you are asking people to prove that they are Indians?” said Das.
“You are telling people who have been here for the past four generations you are telling them that this is not their country? Then this is very upsetting. I think everyone should speak up against this,” the 50-year-old filmmaker added.
The cinema personality who has been associated with the Jaipur Literature Festival for the last five years presented her book ‘Manto and I’ at the festival.
The book features Das’s journey into bringing the character of legendary writer ‘Saadat Hasan Manto’ alive in her critically acclaimed film ‘Manto’. (ANI)

Kamal Haasan, Nagarjuna to present Tamil and Telugu versions of ’83’