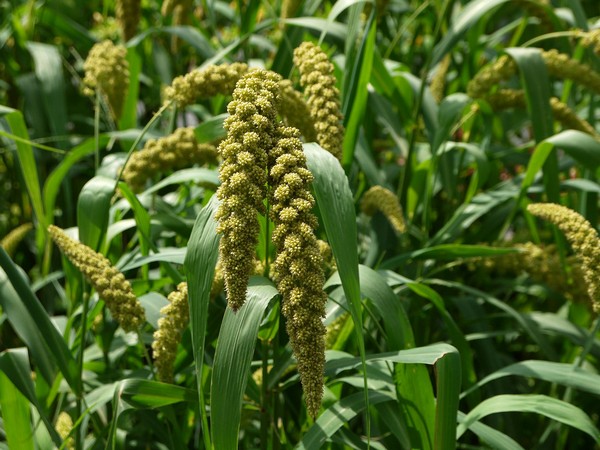 Washington D.C. [USA], Jan 22 (ANI): An annual grass known as foxtail millet, during the milling process loses the bran from the hard outer layer of the grain from the seed.
The crop is widely grown in parts of India, China, and Southeast Asia. In an experiment conducted on genetically prone atherosclerosis mice, researchers have identified a protein in bran, that can help stave off the disease.
The results of the study were published in the Journal of Agricultural and Food Chemistry.
Atherosclerosis, or narrowing of the arteries because of plaque buildup, is the leading cause of heart disease and stroke. Plaques form when immune cells called monocytes take up oxidized low-density lipoprotein cholesterol (ox-LDL) in the artery wall.
These cells then secrete pro-inflammatory cytokines, causing aortic smooth muscle cells to migrate to the site. Eventually, a plaque made up of cholesterol, cells and other substances forms. Drugs called statins can treat atherosclerosis by lowering LDL levels, but some people suffer from side effects.
Zhuoyu Li and colleagues previously identified a protein in foxtail millet bran that inhibits the migration of colon cancer cells. They wondered if the protein, called foxtail millet bran peroxidase (FMBP), could also help prevent atherosclerosis.
To find out, the researchers treated human aortic smooth muscle cells and monocytes in Petri dishes with FMBP.
The millet protein reduced the uptake of lipids by both cell types and reduced the migration of smooth muscle cells. In monocytes, FMBP treatment blocked the expression of two key proteins involved in atherosclerosis.
Next, the team fed mice that were genetically predisposed to atherosclerosis a high-fat diet. Mice that were then treated with either FMBP or a statin had far fewer plaques than untreated mice.
The FMBP-treated mice also had elevated blood levels of high-density lipoprotein cholesterol (HDL), the “good cholesterol.” Based on these results, FMBP is a natural product with great potential in the prevention and treatment of atherosclerosis, the researchers say. (ANI)