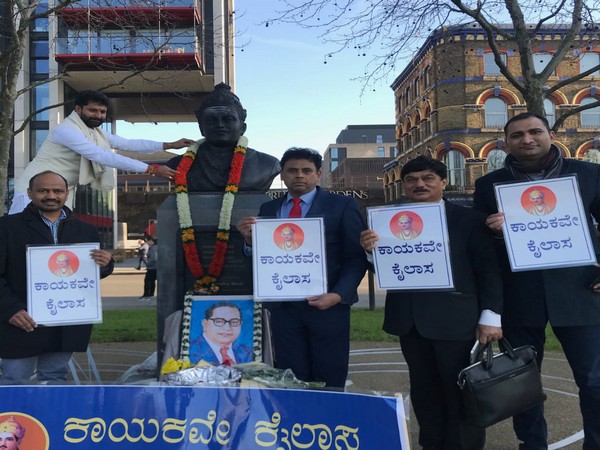 London [UK], Jan 22 (ANI): Karnataka cabinet minister CT Ravi on Tuesday (local time) paid tribute to Basaveshwara statue in London.
“It’s a matter of great pride for every Kannadiga to see the statue of a pioneer of Indian democracy and a great Kannada icon opposite the British Parliament. He also thanked the former Mayor of London Borough of Lambeth Dr. Neeraj Patil for his hard work and efforts in getting the statue erected,” he was quoted as saying.
The event was organised by The Lambeth Basaveshwara Foundation, a non-profit organisation based in the UK that has erected the statue of Basaveshwara on the bank of river Thames.
The Basaveshwara statue project was approved by the planning department of The London Borough of Lambeth in April 2012 and subsequently by the British Cabinet as per the British Public Statues Act, 1854 in July 2012.
The Basaveshwara statue erected at the Albert Embankment is not only the first statue to be unveiled by an Indian Prime Minister in the UK, but is also the first conceptual statue approved by the British Cabinet in the vicinity of the British Parliament.
Prime Minister Narendra Modi unveiled this statue on November 14, 2015, in the presence of Speaker of the British Parliament Rt Hon John Bercow. (ANI)

First case of coronavirus detected in US

EAM’s visit to Niamey is reiteration of importance India attaches to its relations Niger: MEA