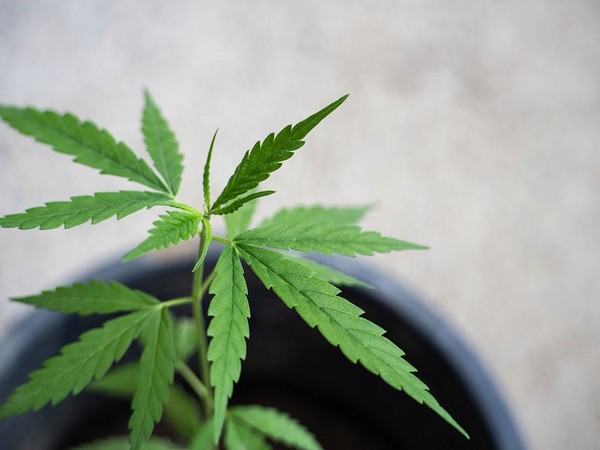 Washington D.C. [USA], Jan 21 (ANI): A recent research has found that medical cannabis may not be able to help treat sleeping problems of people who have chronic pain over the long term.
The study which was published in the journal BMJ Supportive & Palliative Care further suggested that this happens because frequent users might build up tolerance towards the sleep-inducing effects of cannabis and thus, it might become ineffective.
Another study based on current evidence suggested that cannabinoids -the active chemicals in medicinal cannabis- do not have a role in cancer-related pain.
Chronic pain is thought to affect between 19 percent and 37 percent of adults in the developed world and is often accompanied by sleep problems, including difficulty getting to (latency) and staying asleep, and waking up early.
In the first study, researchers assessed the sleep quality and pain scores of 128 people who were being treated at a specialist pain clinic and found that 66 of them used medicinal cannabis to manage their sleep problems while 62 of them did not.
In all, around one in four or 24 percent said that they always woke up early and weren’t able to get back to sleep.
Twenty percent of them reported that they always find it difficult to fall asleep and around 27 percent said they woke up during the night.
Medicinal cannabis users had used the drug for an average of four years, consuming around 31 g a month. Most 69 percent smoked it, with around 20 percent either using cannabis oil or vapour.
After taking account of potentially influential factors, including average pain score, age, gender, use of other sleep aids or antidepressants, medicinal cannabis users were less likely to wake during the night than non-users.
But there were no differences between the two groups in the time taken to get to sleep or frequency of early awakening.
Further analysis of the sleep patterns of the medicinal cannabis users showed that frequency of use was associated with greater difficulty falling asleep and more frequent waking during the night.
“This may signal the development of tolerance,” said researchers.
This is an observational study, and as such, can’t establish cause, added to which the number of people involved was small and there were no details on the time of day people used cannabis.
“These findings have large public health impacts considering the ageing of the population, the relatively high prevalence of sleep problems in this population, along with the increasing use of medicinal cannabis,” said researchers.
In the second study, researchers wanted to find out if cannabinoids–active compounds (THC or CBD); THC extract; medicinal cannabis; and approved drugs containing cannabis–might effectively reduce cancer pain.
They searched out data from clinical trials comparing the use of cannabinoids with dummy pills (placebo) or when used in addition to opioids to relieve cancer pain in adults.
They pooled the data from five relevant studies, involving 1442 people. The resulting analysis showed that changes in average pain intensity scores were no different between those taking cannabinoids and those given placebo.
What’s more, cannabinoids were associated with a significantly higher risk of side effects, such as drowsiness and dizziness.
The researchers accept that a pain score might not be the best measure to adequately capture the complexity of longstanding pain.
Nevertheless, they conclude that for any medication to be useful, its pros need to outweigh its cons.
“This systematic review provides good evidence that cannabinoids do not have a role in cancer-related pain,” the researchers said. (ANI)

Marijuana affects heart more than one can think of, reveals study