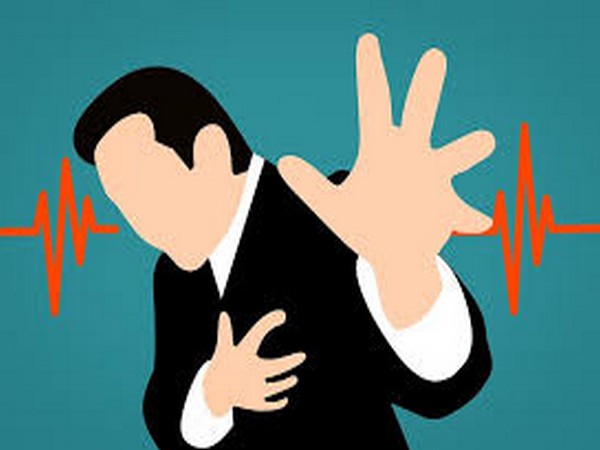 Sophia Antipolis [France], Jan 21 (ANI): According to a recent study conducted by researchers, heart attack survivors having excess belly fat are at a higher risk of another heart attack.
The study was published in the European Journal of Preventive Cardiology which is a journal of the European Society of Cardiology.
Earlier studies have shown that abdominal obesity is a major risk factor for getting first myocardial infarction but the association between abdominal obesity and the risk of a subsequent heart attack or stroke remained unknown before this study.
“Patients are typically put on a stringent medical treatment regimen after their first attack to prevent second events (called secondary prevention),” said lead researcher Dr. Hanieh Mohammadi.
The study which is the largest and most definitive ever conducted on the topic was conducted by following more than 22,000 patients after their first heart attack.
Researchers investigated the relationship between abdominal obesity which is measured by waist circumference and the risk associated with recurrent cardiovascular disease events.
The researchers specifically looked at events caused by clogged arteries, such as fatal and non-fatal heart attacks and stroke. Patients were recruited from the nationwide SWEDEHEART registry and followed for a median of 3.8 years.
Most patients – 78% of men and 90% of women – were found to have abdominal obesity or waist circumference of 94 cm or above for men and 80 cm or above for women.
Increasing abdominal obesity was independently associated with fatal and non-fatal heart attacks and strokes, regardless of other risk factors like smoking, diabetes, hypertension, blood pressure, blood lipids and body mass index [BMI]) and secondary prevention treatments.
The study suggested that waist circumference was a more important marker of recurrent events than overall obesity.
“The reason abdominal obesity is very common in patients with a first heart attack is that it is closely linked with conditions that accelerate the clogging of arteries through atherosclerosis. These conditions include increased blood pressure, high blood sugar and insulin resistance (diabetes) as well as raised blood lipid levels,” said Dr. Mohammadi.
“Our results, however, suggest that there may be other negative mechanisms associated with abdominal obesity that are independent of these risk factors and remain unrecognised,” Mohammadi added.
This was the first study of its kind to analyse men and women together and separately. The relationship between waist circumference and recurrent events was stronger and more linear in men. In women the relationship was U-shaped, meaning that the mid-range waist circumference (rather than the lowest) was the least risky.
“In our study, patients with increasing levels of abdominal obesity still had a raised risk for recurrent events despite being on therapies that lower traditional risk factors connected with abdominal obesity – such as anti-hypertensives, diabetes medication, and lipid-lowering drugs,” said Mohammadi.
The mid-range waist circumference for women included in the study was above the cut-off traditionally recognised for abdominal obesity which is 80 cm.
“There were three times as many men in the study compared to women, contributing to less statistical power in the female group. Therefore, more studies are needed before definite conclusions can be drawn according to gender, but this is a start,” said the researcher Mohammadi.
Regarding possible reasons for the different results between sexes, Mohammadi said, “Some studies have suggested that abdominal obesity may be more directly associated with the evil visceral fat (fat that sits around your organs) in men compared to women. In women, it is thought that a greater portion of the abdominal fat is constituted by subcutaneous fat which is relatively harmless.”
“Abdominal obesity not only increases your risk for a first heart attack or stroke but also the risk for recurrent events after the first misfortune. Maintaining a healthy waist circumference is important for preventing future heart attacks and strokes regardless of how many drugs you may be taking or how healthy your blood tests are,” concluded Mohammadi.
The researchers of the study further recommended using waist circumference in the clinical setting for indentifying that first-time heart attack patients were at an increased risk of recurrent events. (ANI)

Marijuana affects heart more than one can think of, reveals study