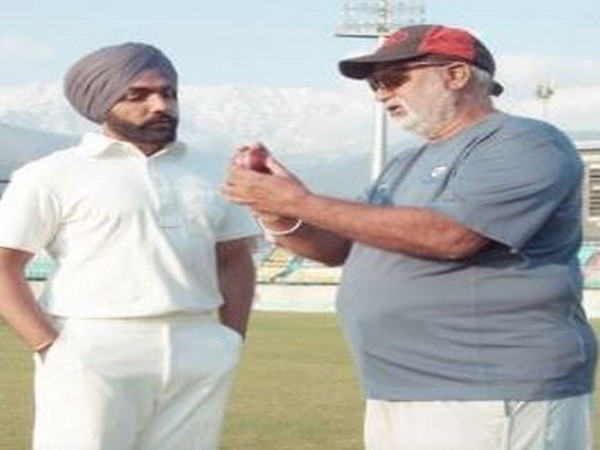 New Delhi [India], Jan 20 (ANI): After introducing to Punjabi actor Amy Virk as Balwinder Singh Sandhu in new character poster from upcoming sports-drama — 83 — Ranveer Singh has shared a sneak peek from the training session of Punjabi actor.
The 34-year-old took to Instagram as he shared the pictures of Ammy getting trained for his character in ’83’. 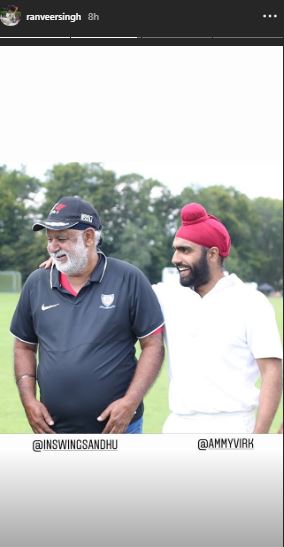 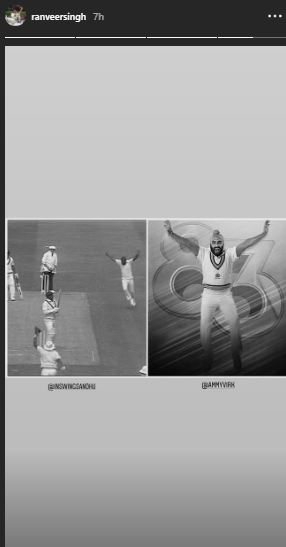 In the pictures shared by ‘Padmaavat’ actor, Ammy Virk is seemed to have a gala time with Balwinder Singh Sandhu of the 1983 World Cup Winning team.
The bowler was one of the medium pace bowlers, who could spin the ball and leave the batsmen surprised.
In the movie — 83, Ranveer Singh is essaying the role of cricket stalwart Kapil Dev, who played a pivotal role in the 1983 World Cup win.
Earlier, the lead actor introduced the ninth player by sharing the character poster featuring Sahil Khattar as Syed Kirmani.
Ranveer also introduced Hardy Sandhu, Nishant Dahiya, Dinker Sharma, Chirag Patil, Tahir Raj Bhasin, Jiiva, Saqib Saleem, and Jatin Sarna.
Sahil Khattar will be seen essaying the role of Syed Kirmani, while Hardy Sandhu will be seen in the role of Madan Lal, Nishant Dahiya in the role of Roger Binny while Dinker Sharma will be seen as Kriti Azad.
Chirag Patil will be seen enacting the role of his father and former Indian cricketer Sandeep Patil. Tahir Raj Bhasin will be in the role of Sunil Gavaskar.
Jiiva will be seen as the top scorer in the final match of the 1983 world cup against West Indies — K Srikkanth. Saqib Saleem will play Mohinder Amarnath and Jatin Sarna will portray Yashpal Sharma.
The sports-drama also has Deepika Padukone in the lead role opposite Ranveer. The movie also features R Badree and Pankaj Tripathi Khattar as the Men in Blue. Helmed by Kabir Khan, the movie is slated for release on April 10. (ANI)