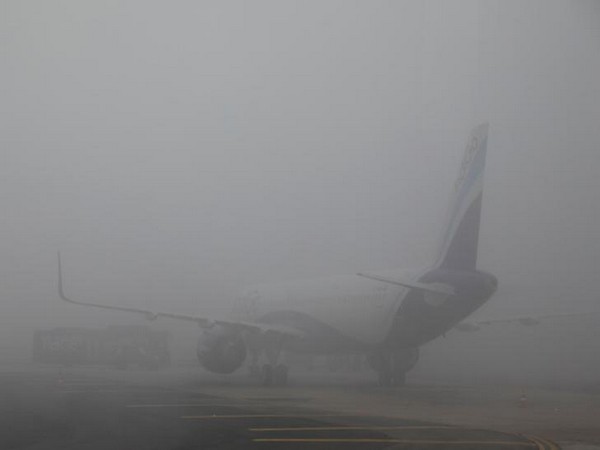 Kathmandu [Nepal], Jan 18 (ANI): Dense fog on Saturday affected flight operations at the Tribhuwan International Airport, the only international airport of Nepal, with the visibility dropping to 50 metres.
The poor visibility conditions affected the take-off and landing schedule of all international and domestic flights.
Nearly a dozen flights were delayed, while two aircraft were kept on hold in Nepali airspace due to the dense fog that enveloped the airport after Friday’s rainfall.
“Fog is seen mainly in the mountainous and hilly areas of the country. There was heavy rainfall yesterday and it was not seen in the Terai belt. Some districts of Eastern Terai will be covered with fog otherwise it is not seen in majority. Fog is present in Kathmandu right now but conditions will improve gradually,” Meteorologist Kunti Pokharel, at Meteorological Forecasting Division told ANI.
The weather is forecast to improve gradually in the day as the westerly low-pressure system has started subsiding.
Currently, the weather conditions are partly to generally cloudy throughout the country with chances of light rain at a few places today. Snowfall is expected at some places in the high mountainous regions.
“The fog in the Kathmandu Valley will clear from 9 am while it will remain in the Terai region for some days,” the Division had said.
Rains, which lashed Kathmandu on Thursday, had subsided by Friday evening. Birendranagar had received the highest rainfall, measuring 60 milimetres. (ANI)