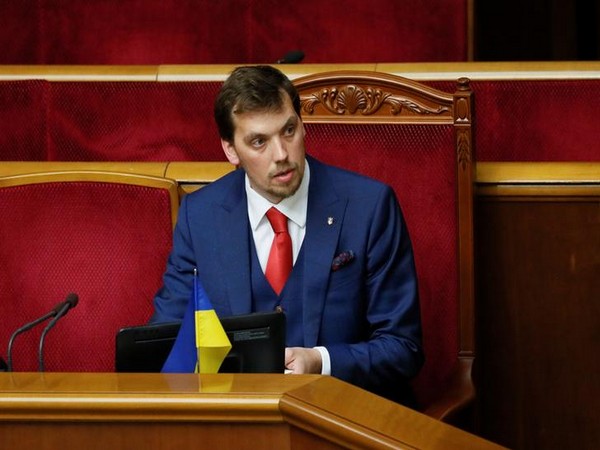 Kyiv [Ukraine], Jan 17 (ANI): Ukrainian Prime Minister Oleksiy Honcharuk on Friday submitted his resignation to President Volodymyr Zelensky.
“I have come to this post to fulfill the president’s program. He is an example of openness and decency for me. However, to cast any doubt in our respect and trust in the president, I have written a resignation request and have submitted it to the president, with a right to submit it to the parliament,” Honcharuk wrote on Facebook.
The prime minister’s resignation comes after an audio clip of a meeting headed by Honcharuk was leaked. The three-part audio recording capturing a part of the December 16 meeting hosted by Honcharuk was leaked online on the evening of January 15.
The leaked recordings begin with Honcharuk asking those in attendance how to explain to Zelensky that the currency is strengthening after being highly undervalued before the April 21 presidential election that brought him to power.
“He has that bullshit about obligations in his head,” Honcharuk could be heard saying, referring to an allegation that Ukraine’s sale of state bonds triggered the currency’s improvement. (ANI)