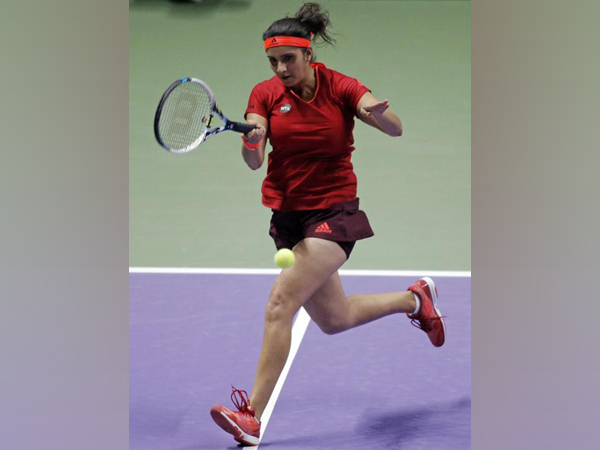 Hobart [Australia], Jan 17 (ANI): Sania Mirza and her Ukrainian partner Nadia Kichenok on Friday progressed to the women’s doubles finals of the Hobart International.
The duo defeated Marie Bouzkova and Tamara Zidansek 7-6, 6-2 in about an hour and 33 minutes.
Mirza and Kichenok were trailing in the first set, but the duo managed to stage a comeback to win it and send their opponents on the backfoot.
Carrying their winning momentum, the duo did not give the opponents a chance in the second set and ended up winning the match.
On Thursday, they had won against USA’s pair of Vania King and Christina McHale 6-2, 4-6, 10-4 in the quarterfinals.
33-year-old Sania last played at China Open in October 2017.
Earlier in December, she was named in the five-member Fed Cup team announced by All India Tennis Association (AITA) to represent the country in the Fed Cup Asia/Oceania Group I event.
Riya Bhatia, Ankita Raina, Rutuja Bhosale, and Karman Kaur Thandi are the other players of the five-member squad. Sowjanya Bavisetti is the reserve player.
Vishal Uppal was named as the captain. (ANI)

Asif Ghafoor, known for deleting tweets and getting trolled for gaffes is no longer Pak DG ISPR