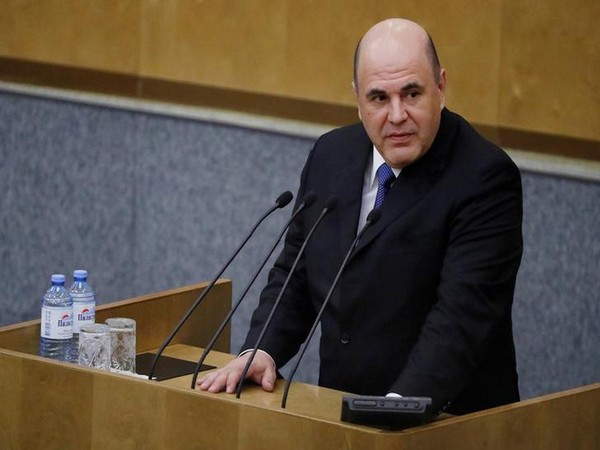 Moscow [Russia], Jan 17 (ANI): Russian assembly or the Duma on Thursday approved Mikhail V. Mishustin as the new Prime Minister, a little-known technocrat picked by President Vladimir Putin, a day after the Cabinet resigned as part of an unexpected Kremlin shake-up.
Putin on Wednesday proposed major changes to the Russian Constitution that would spread political power more evenly, away from the president to the Parliament, the State Council and other government institutions.
Analysts viewed the potential restructuring of Russia’s political system, which surprised the country’s political elite, as an effort by the President to ensure that he remains in power post-2024, even after his term ended, according to The New York Times.
Putin offered Mishustin to become the Prime Minister after Dmitri A. Medvedev, an ally of the former, resigned from the post saying that it would clear the way for the proposed constitutional changes.
On Thursday, Putin appointed Medvedev deputy chairman of the country’s Security Council, which advises the president.
Mishustin, a former head of the Federal Tax Service, received 383 votes of 424 cast today in the State Duma, the lower house of the Russian Parliament, with 41 abstentions coming from the Communist Party. The chamber, dominated by the pro-Kremlin United Russia party, is seen as having only a rubber-stamp role.
After the vote, the President signed a decree formalizing Mishustin’s new role.
Many speculated that Putin — who, under the Constitution, cannot run for president again in 2024 — was planning to take another position that would allow him to retain his grip on power. (ANI)

Man with mystery virus quarantined in Nepal after returning from Wuhan