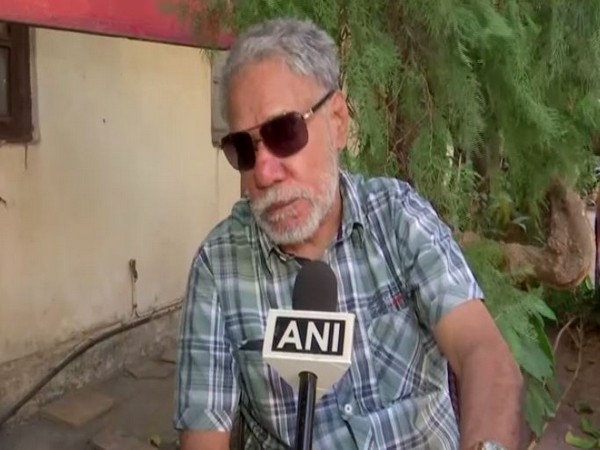 Mumbai (Maharashtra) [India], Jan 17 (ANI): Amid the controversy over Sanjay Raut’s statement about ties between political leaders and the underworld, senior crime journalist Baljeet Parmar on Friday said that there were no links between Karim Lala with either the Congress party or Indira Gandhi.
Parmar further said that the only time the underworld don had met Indira Gandhi was when he went to the Rashtrapati Bhawan as an assistant with the noted actor, scriptwriter Harindranath Chattopadhyay, who was there to receive his Padma Bhushan in 1973.
“The first question I asked Karim Lala, in his interview which I took in 93, was about his relationship with Indira Gandhi, as I had seen a photo of the two in his album. He had said that the two had met by fluke once and had talked just twice,” Parmar told ANI here.
“Noted actor Harindranath Chattopadhyay had taken Lala as his assistant to the Rashtrapati Bhawan in 1973, where he had gone to receive his Padma Bhushan. In those days, you were allowed to take two associates with you. After the ceremony, Gandhi was introduced to Lala by the actor and they exchanged pleasantries. He was introduced as the leader of a faction of Pashtuns to the prime minister,” Parmar added.
The senior journalist said that photos of the meeting between the two, in which Chattopadhyay was also present, were given to the underworld don by the noted actor.
“Chattopadhyay had sent the photos of Lala meeting Indira Gandhi, which were clicked by the Rashtrapati Bhawan’s cameraman. Lala had even forgotten the year in which the meeting (with Gandhi) took place. The first time it was published when my article came out,” Parmar said, claiming that Karim Lala had not attached any importance to the photo.
He also said that the don had no interest in either entering or influencing politics and had largely stayed aloof from the political leaders.
Lala was involved in smuggling, narcotics, gambling, forced property evictions, and extortion rackets in Mumbai for over two decades. He died in 2002 at the age of 90. (ANI)