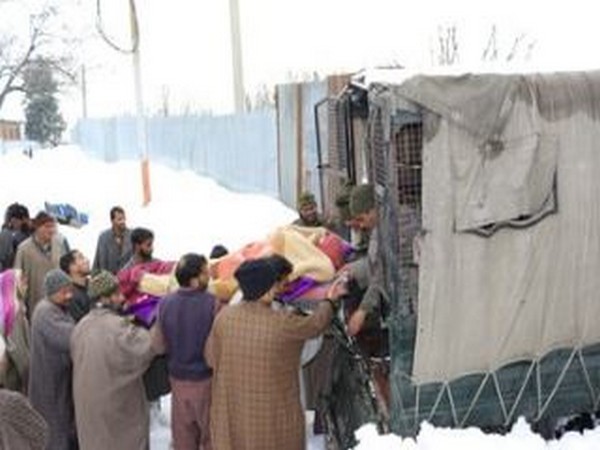 Baramulla (Jammu and Kashmir) [India], Jan 17 (ANI): Personnel of Border Security Force (BSF) on Friday evacuated a local woman in labour pain to the nearest hospital during heavy snowfall.
The BSF personnel carried the woman on a stretcher and escorted her to the vehicle.
In an earlier instance of compassion and valour, Chinar Corps of Indian Army personnel along with the civilians had recently carried an expecting mother Shamima on a stretcher through heavy snow.
Chinar Corps had stated that over 100 Army troops and 30 civilians carried Shamima on a stretcher who was in a need of emergency hospitalisation.
For four hours the Army troops along with the civilians walked through the snow. The baby was later born at a hospital.
Prime Minister Narendra Modi had shared the video of the courage shown by the men of Chinar Corps and civilians, saying that Army was known for its valour, professionalism, and humanitarian assistance.
(ANI)