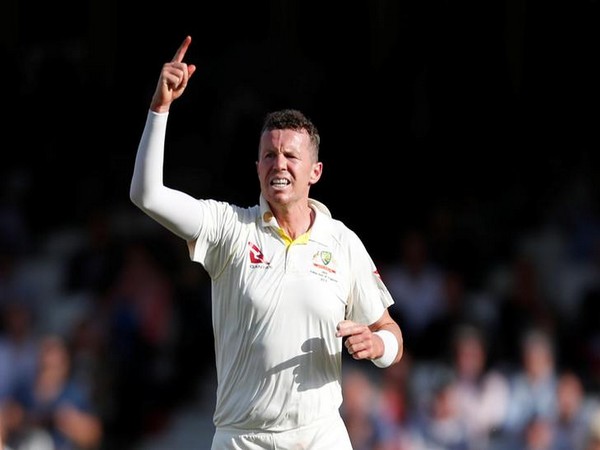 Melbourne [Australia], Jan 16 (ANI): Pacer Peter Siddle on Thursday revealed that he played the 2019 Ashes series against England with a broken left thumb.
The bowler said that he hurt his thumb during his opening spell in the series at Edgbaston.
“I broke my thumb on my left hand in the first Ashes Test. That’s just part of the game, you always have injuries and things that happen throughout,” cricket.com.au quoted Siddle as saying.
“I am only getting older, there’s not a lot of cricket left and I want to play as much as I can. So as long as I’m still useful for the team out in the middle, I’ll stay out there,” he added.
The 34-year-old Siddle had been recalled back into the Australian Test squad after almost one year for the 2019 Ashes.
Siddle had announced his retirement from international cricket on December 29.
He ended his career at the 13th spot on the list of highest wicket-takers for Australia in the longest format of the game. He finished with 221 wickets from 67 Test matches.
Siddle had made his debut in 2008 against India at Mohali and went to dismiss Sachin Tendulkar to register his first scalp in the longest format of the game.
He also managed to take a Test hat-trick on his birthday during the 2010-11 Ashes.
The pacer also played 22 ODIs and two T20s for Australia. He is currently representing the Adelaide Strikers in the ongoing Big Bash League (BBL). (ANI)

New Zealand is one of my favourite places, says Prithvi Shaw