“Looks like Pete Davidson and Kaia Gerber are over” 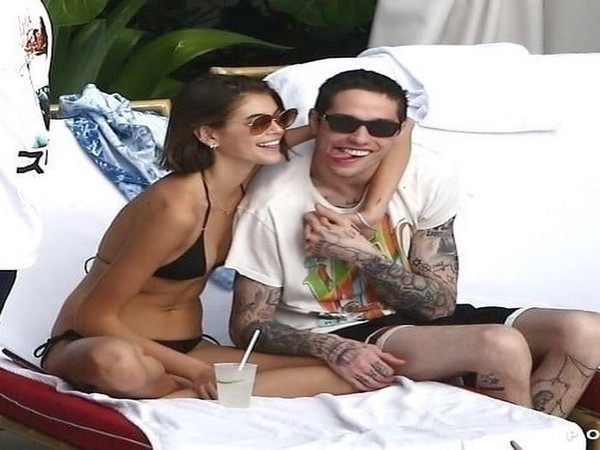 Washington D.C. [USA], Jan 15 (ANI): American actor Pete Davidson and model Kaia Gerber’s budding relationship seemed to be put to an end.
According to Page Six, Pete who has romanced Ariana Grande, Margaret Qualley and Kate Beckinsale in the past has not been spotted in public in weeks now.
The last time Davidson was seen was in December when he was spotted leaving Kaia’s New York apartment, shortly after her parents, Cindy Crawford and Rande Gerber, were seen having an intense conversation outside.
However, a source has confirmed to Page Six that the couple’s relationship has ended.
“It looks like Pete and Kaia are over. It got very overwhelming for Kaia. Pete has a certain M.O. and he’s very intense to his girlfriends. Kaia is only 18 and it’s a lot to deal with”, the source added.
The American actor has been vocal about being diagnosed with a borderline personality disorder.
As in a recent episode of ‘Saturday Night Live’ hosted by Eddie Murphy, Pete hinted at a rehab stint and said, “I’m going on a little vacation. The kind of vacation where insurance pays for some of it, and they take your phone and shoelaces. And you have roommates, but it still costs like $100,000.” (ANI)