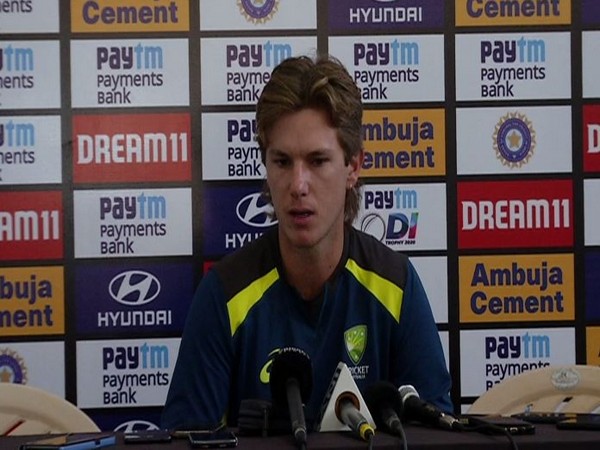 Rajkot (Gujarat) [India], Jan 16 (ANI): Ahead of the second ODI of the three-match series against India, Australia’s spinner Adam Zampa on Thursday said that leg-spinners trouble Virat Kohli during the start of his innings.
Zampa along with West Indies’ Ravi Rampaul, has dismissed Kohli the most number of times (six) in white-ball cricket.
“Virat finds leg-spinners difficult to line-up during the start of his innings. He is a great starter, he was 16 of 18 in the first match, I think it is important to have a game plan against him. I have got him out four times in the last year or so, it is great having confidence against him,” Zampa told reporters ahead of the second ODI against India.
The spinner also said that having confidence against the Indian skipper is the key. He also added that Kohli still manages to have a strike-rate over 100 against him.
“With Virat Kohli, you need to have an attacking approach. If you are on backfoot and have a defensive mindset, then he can get on top of you. The most important thing is to have character when you play against India,” Zampa said.
“I have dismissed Virat quite a few times now, but still he scores over 100 strike rate against me. He is a hard player to bowl to. He is one of the toughest guys I have ever bowled to. He will be more switched on in the next game,” he added.
Former Australia skipper Steve Waugh had said that Kohli was paying the price for not showing enough respect to Zampa during commentary in the first ODI.
When asked about Waugh’s statement, Zampa replied: “I do not think it is a true statement. I do not think that he does not respect me”.
The 27-year-old also said that he is aware about his limitations as a spinner.
“I am not the most skillful leg-spinner in the world. Guys like Kuldeep Yadav, Rashid Khan have beautiful skills, the most important thing I have tried to do is to have important character. This is a important series for us, we all want to achieve something special here. It would be a big deal if we are able to defeat India on their home turf two times in a row,” Zampa said.
Australia gave India a ten-wicket hiding in the first ODI of the series.
Both teams will now lock horns in the second ODI on Friday, January 17. (ANI)