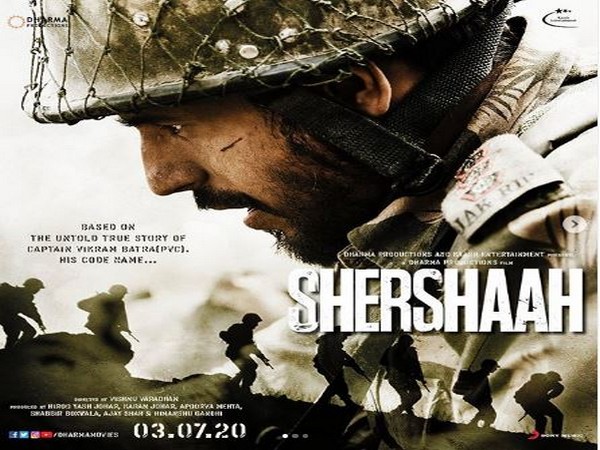 New Delhi [India], Jan 16 (ANI): Karan Johar on Thursday unveiled gripping posters of his upcoming biographical action-drama ‘Shershaah’ featuring Siddharth Malhotra, on the occasion of the actor’s birthday.
The 47-year-old director hopped on to Instagram and shared the poster featuring Siddharth Malhotra as he wrote, “We bow our heads in respect & pay an ode to the brave journey of the Kargil War hero through our film. Presenting @sidmalhotra in the UNTOLD TRUE STORY of Captain Vikram Batra (PVC) – #Shershaah. Releasing 3rd July 2020.” 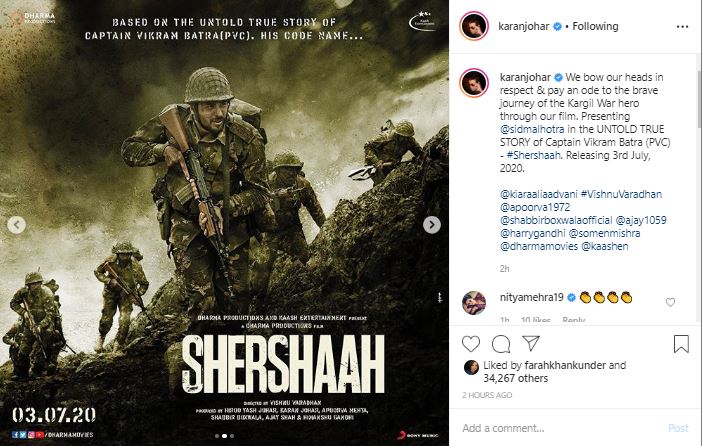 Kiara Advani who will be seen sharing screen space with Siddharth, also shared the poster of the flick and wished the ‘Student of the year’ actor in a post that read, “Thrilled to be a part of an ode to the Kargil War hero & his brave journey. Presenting the UNTOLD TRUE STORY of Captain Vikram Batra (PVC) – #Shershaah. Aur Janamdin Mubarak @sidmalhotra! Releasing 3rd July, 2020.” 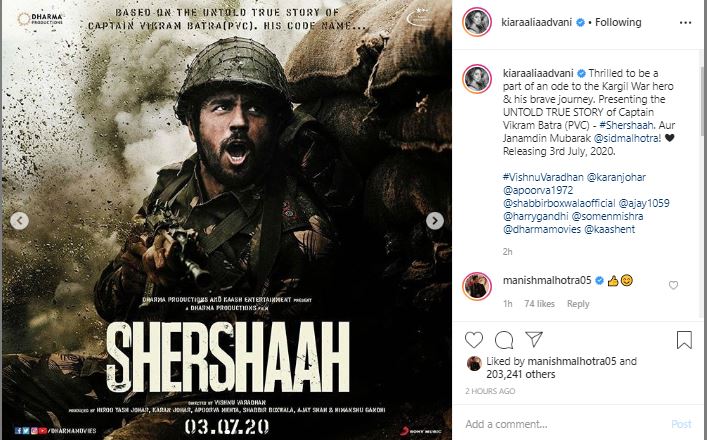 In the captivating posters, the ‘Marjaavaan’ actor is seen donning as the Indian Army officer in combat. The posters capture him in a war scenario.
‘Shershaah’ is based on the life of ParamVeer Chakra awardee Captain Vikram Batra, an officer of the Indian Army, who fought in the Kargil War in June 1999. The movie is being directed by Vishnuvardhan and co-produced by Karan Johar. It also stars Kiara Avani and Pawan Chopra in pivotal roles. The movie will be hitting the theatres on July 3, 2020. (ANI)

Sonia, Rahul are unaware of Savarkar, doesn’t have right to comment about him: Actor Vijay Gokhle