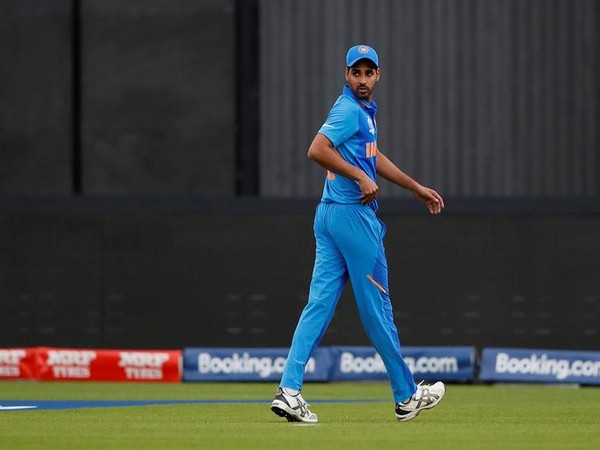 Mumbai (Maharashtra) [India], Jan 16 (ANI): Board of Control for Cricket in India (BCCI) said that Indian pacer Bhuvneshwar Kumar underwent successful surgery in London and will now start his rehab at National Cricket Academy (NCA) while Prithvi Shaw has recovered fully from a left shoulder injury.
The cricket governing body on Thursday said that Kumar had travelled to London on January 9 for the surgery which took place on January 11. On the other hand, Shaw is now available for selection for all formats of the game.
“Fast bowler Bhuvneshwar Kumar travelled to London on 9th January and underwent a successful sports hernia surgery on 11th January. He was assisted by Team India physiotherapist Yogesh Parmar. Bhuvneshwar will now return to India and commence his rehabilitation at the National Cricket Academy (NCA) in Bengaluru,” BCCI said in a statement.
“Opening batsman Prithvi Shaw has completed his rehab at the NCA and has recovered from his left shoulder injury. He has been made available for selection for all formats of the game. Prithvi has left for New Zealand and will soon join India A,” the statement added.
India are currently playing a three-match ODI series with Australia and the Aaron Finch-led side have gained a 1-0 lead in the series.
The second ODI will be played on January 17. (ANI)