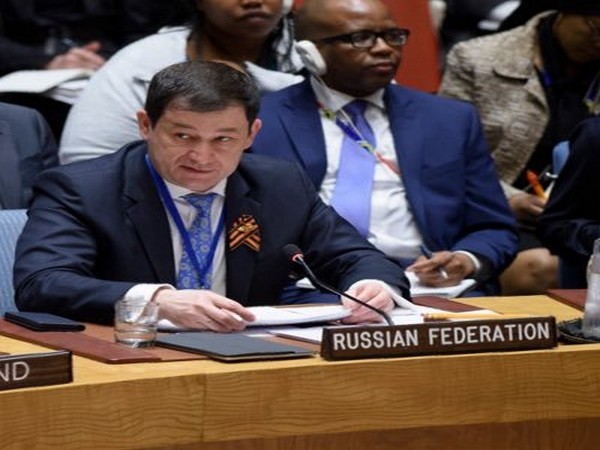 Washington D.C. [USA], Jan 16 (ANI): Following a closed-door meeting at the United Nations Security Council on Kashmir earlier on Wednesday, Russia’s Deputy Permanent Representative to the United Nations Dmitry Polyanskiy said he hoped that India and Pakistan would normalise relations through bilateral efforts.
“UNSC discussed #Kashmir in closed consultations. Russia firmly stands for the normalisation of relations between #India and #Pakistan. We hope that differences between them will be settled through bilateral efforts based on the 1972 Simla Agreement and the 1999 Lahore Declaration,” Polyanskiy tweeted.
China and Pakistan managed to hold an informal closed-door consultation on Kashmir in the United Nations Security Council (UNSC) in New York earlier on Wednesday, more than five months after India revoked the special status of Jammu and Kashmir under Article 370 in August.
This was the second attempt to get the Kashmir issue on the agenda for consultations at the United Nations. However, it was thwarted by other members led by the United States and France.
In December last year, France had vetoed the move to convene a meeting on Kashmir. That meeting had been called by China after Pakistan’s Foreign Minister Shah Mahmood Qureshi, in a letter to the UNSC on December 12, had expressed concern over a possible further escalation of tension between New Delhi and Islamabad after India revoked the special status of Jammu and Kashmir last year.
The UNSC had met on Kashmir in August last year, the first such meeting in decades after India revoked Jammu and Kashmir’s special status.
China, in the meeting, had strongly criticised the move to reorganise Jammu and Kashmir into two Union territories. (ANI)