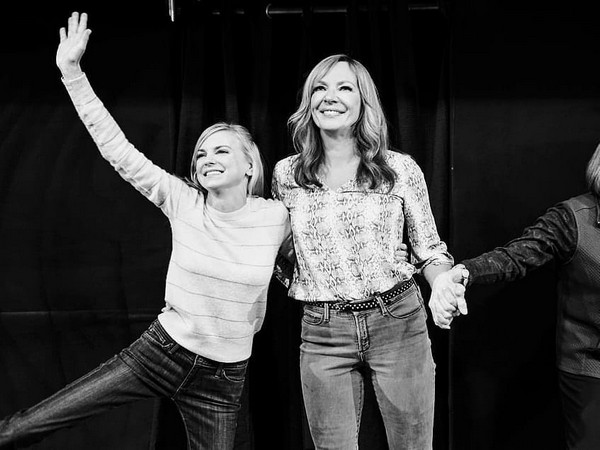 Washington D.C. [USA], Jan 14 (ANI): Actor Allison Janney has confirmed that her ‘Mom’ costar Anna Faris is engaged to Michael Barrett who is an American cinematographer.
During the Troop Zero premiere in Los Angeles Allison told US Weekly that, “I know she’s been engaged for a long time. I kept it very quiet, I will have you know! So, I celebrated with them a long time ago.”
Janney further explained that she was quite unknown about the fact that Michael planned on proposing to Anna however she seemed pretty excited about their next chapter of life.
“I didn’t know he was going to propose, but I saw the ring one day. I went into her room to work on lines [for the show], and then I was like, What is that ring on your finger? I think she was waiting for everyone to notice. Oh, that’s it, and then.. yeah, it was fun,” Allison added.
In 2019, after Anna was spotted wearing a diamond ring while walking around Los Angeles with Michael, she initiated engagement rumours.
Days later, Faris seemed to confirm the speculation when a photographer congratulated her and she said Thank you in her response.
The couple was first spotted in October 2017, two months after Anna and Chris Pratt announced the end of their eight-year marriage, reported US Weekly. (ANI)

Vince Vaughn faces backlash after being spotted with Trump