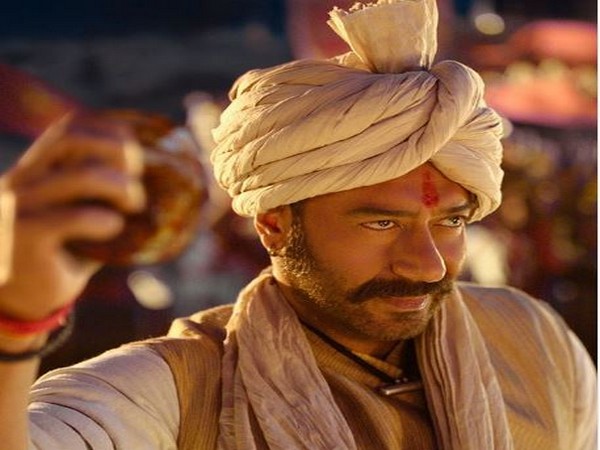 Lucknow (Uttar Pradesh) [India], Jan 14 (ANI): Ajay Devgn starrer war movie ‘Tanhaji: The Unsung Warrior’ has been declared as GST (SGST) free in Uttar Pradesh by Chief Minister Yogi Adityanath, for which the actor thanked him on Tuesday.
The state government spokesperson informed that CM Adityanath took this decision in view of Tanaji Malusare’s bravery and his sacrificial life so that that the movie can inspire a larger audience.
Earlier, Ajay Devgn, the co-producer and lead actor in the movie met CM Yogi to make the feature film tax-free in Uttar Pradesh. The 50-year-old actor took to Twitter as he thanked Adityanath, his tweet reads, Thank you Shri Yogi Adityanathji for making #TanhajiTheUnsungWarrior Tax-Free in Uttar Pradesh. I would also be delighted Sir if you watched our film @myogiadityanath#TanhajiUnitesIndia”