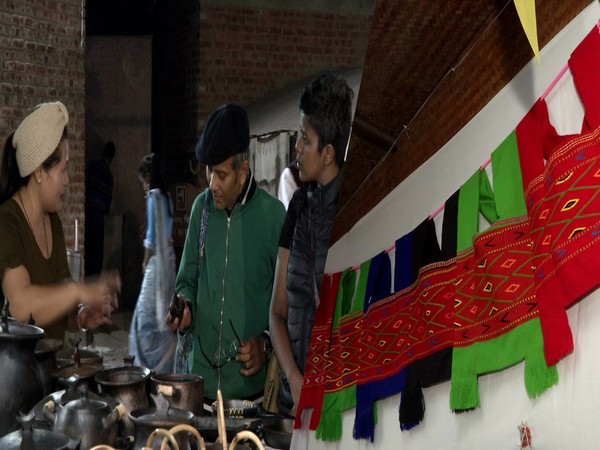 New Delhi (India), Nov 29 (ANI): A fortnight-long tribal festival — Aadi Mahotsav — which kicked off on a grand note on November 16 with the aim of celebrating the essence of tribal crafts, art, and culture is all set to conclude on Saturday.
Organised by Union Ministry of Tribal Affairs in collaboration with the Tribal Cooperative Marketing Development Federation of India (TRIFED), the festival was inaugurated by Union Home Minister Amit Shah.
Appreciating the sincere efforts of the tribes for conserving the green cover in the Northeastern parts of the country, Amit Shah said: “40 per cent of the area of the country is inhabited by the tribal and the total population is 8 per cent but I believe that the jungles and the forest cover from where the whole nation is getting oxygen to breathe are preserved and maintained by our tribal brothers and sisters.”
The theme of this year’s Aadi Mahotsav is ‘A celebration of the spirit of tribal arts, craft, and culture’. The aim is to represent the basic ethos of tribal life.
More than 1,000 tribal artisans from 27 states including the north-eastern states of Assam, Manipur, and Sikkim are exhibiting stalls displaying products ranging from handicraft items to hand-woven textiles.
The tribal art and craft of the country is simple and ethnic yet colourful and vibrant, reflecting the country’s rich heritage. A display of tribal jewellery from different states reflects the effervescent of tribal beauty and ethnicity.
Varieties of bamboo crafts and organic food products are some of the essentials in the festival that are pulling both domestic and international crowd.
The festival is one of the government’s continuous efforts to take tribal commerce to the next level of digital and electronic transactions. (ANI)