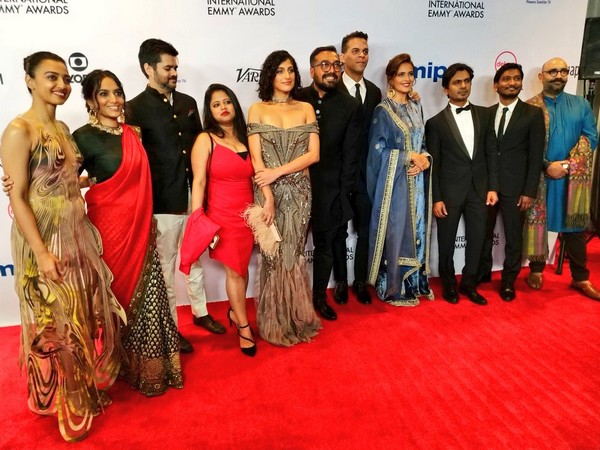 New York [USA], Nov 26 (ANI): Nawazuddin Siddiqui, Radhika Apte, Kubbra Sait, Anurag Kashyap along with the whole team of ‘Sacred Games’ swept the 2019 International Emmy Awards’ red carpet on Monday (local time) in their finest styles!
In their best bib and tuckers, the team included Radhika who wore a skin-hugging off-shoulder golden brown see-through gown, Nawazuddin who opted for the regular gentleman look wearing a sober white shirt, black suit and a simple bow tie.
Accompanying them was another cast member of the much-loved show, Kubbra, who essayed the role of ‘Kuku’. She aced elegance in a grey embellished bodycon gown with frills touching the ground.
Meanwhile, Anurag sporting a black bandhgala suit, posed beside co-director Vikramaditya Motwane who was also seen wearing a black suit. However, Saif Ali Khan who has led the show as Sartaj was nowhere to be seen in the click. 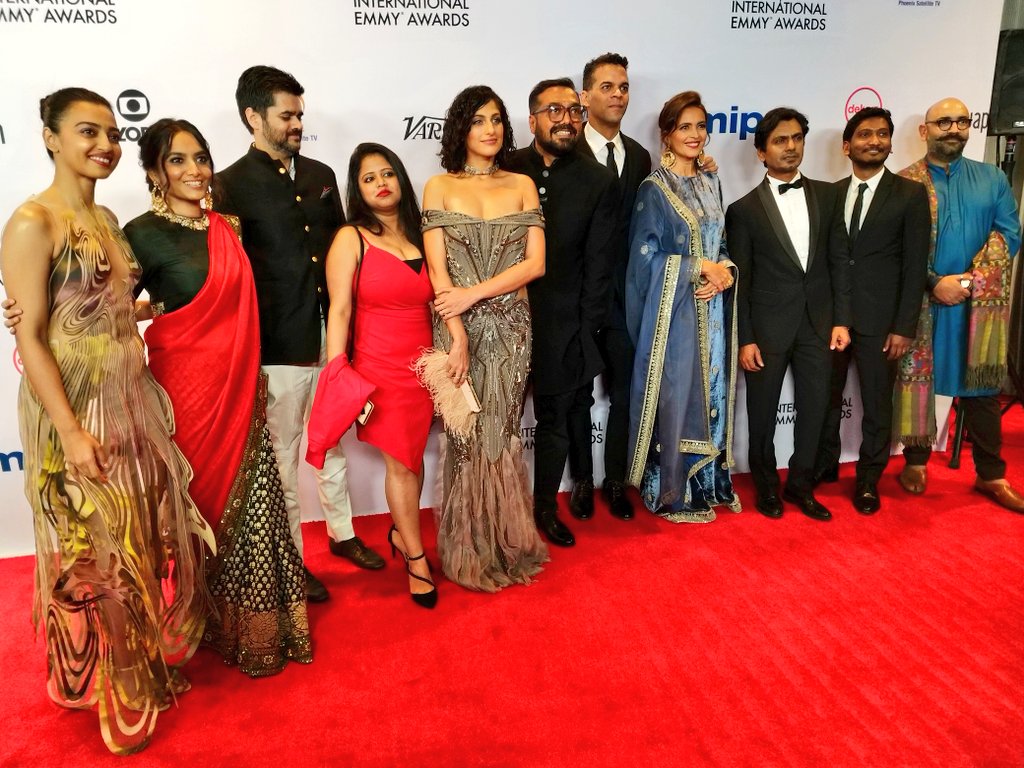 The Netflix series has been nominated in the Best Drama Series category. Apart from it, ‘Lust Stories’ and ‘The Remix’ are also two entries representing India at the event being held at the Hilton New York Hotel.
Meanwhile, Radhika has also received a nod in the Best Performance by an Actress category for ‘Lust Stories’. Nominations were announced earlier in September and welcomed entries in 11 categories. (ANI)