Sydney Test: Labuschagne scores ton; Australia at 283/3 on day one 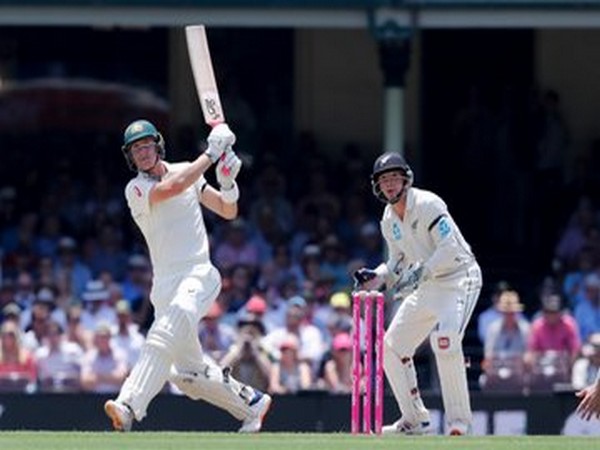 Sydney [Australia], Jan 3 (ANI): Marnus Labuschagne’s century took Australia to a strong position at the end of day one in the third Test against New Zealand at Sydney Cricket Ground here on Friday.
Labuschagne and Matthew Wade were unbeaten with scores of 130 and 22 respectively at the end of play on day one.
The hosts won the toss and elected to bat first. David Warner and Joe Burns had an opening stand of 39 runs. Burns’ innings was cut-short by Colin de Grandhomme after he had scored 18 runs.
Labuschagne joined Warner and they stitched together a partnership of 56-run for the second wicket. Warner was removed by pacer Neil Wagner after he had made 45 runs.
Steve Smith and Labuschagne had a 139-run partnership and helped the team get past the 250 run mark. Smith played a knock of 63 runs before being scalped by Grandhomme.
For New Zealand, Colin de Grandhomme bagged two wickets while Wagner got one wicket. (ANI)