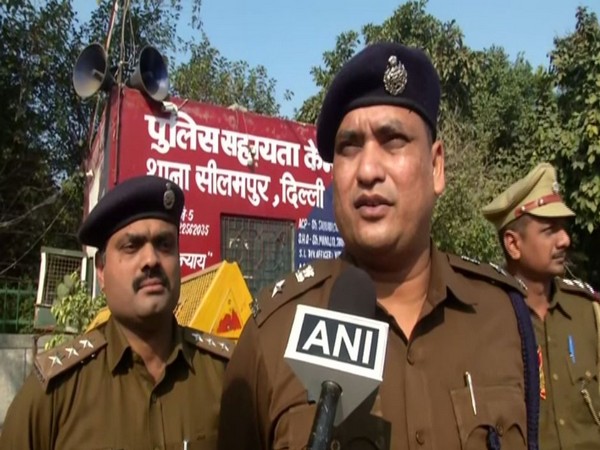 New Delhi [India], Jan 3 (ANI): Deputy Commissioner of Police Ved Prakash Surya on Friday said that there was adequate patrolling and security arrangements deployed in the area near Seelampur and there were no inputs about any gathering or protests in the region.
“We are in constant touch with the concerned police posts and till now there is no input of people gathering. We are taking proper precaution and forces have also been deployed where it is necessary. We are also carrying out patrolling in and around the Seelampur areas,” Ved Prakash Surya DCP, North-East told ANI.
Earlier, the Delhi Police had arrested 16 people after a protest in Delhi’s Seelampur area against the Citizenship (Amendment) Act turned violent on December 17.
The protesters had allegedly clashed with policemen and vandalised three buses during the protest. Many people were also injured in the incident.
Subsequently, the court sent them to 14-day judicial custody a day later. Two accused were granted interim bail on the medical ground on January 2 while others were produced before the court at the end of their remand period.
The Crime Branch is handling all the matters pertaining to violence, which had recently erupted in the national capital.
They were staging a protest against the newly passed Act, which grants citizenship to Hindus, Sikhs, Jains, Parsis, Buddhists, and Christians fleeing religious persecution from Pakistan, Afghanistan, and Bangladesh, who came to India on or before December 31, 2014. (ANI)

Will reach out to 3 crore people to spread awareness over CAA: Piyush Goyal