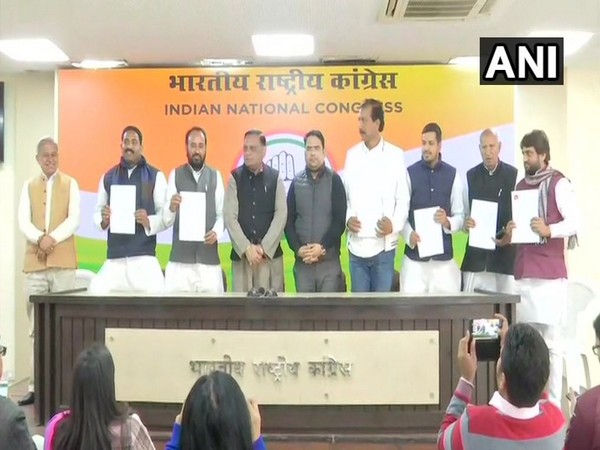 New Delhi [India], Jan 3 (ANI): The six Bahujan Samaj Party MLAs from Rajasthan, who had joined Congress in September 2019, met Congress Interim President Sonia Gandhi here on Friday and formally took membership of the party.
The six BSP MLAs namely, Rajendra Gudd (Udaipurwati), Jogendra Singh Awana (Nadbai), Wajib Ali, Lakhan Singh Meena (Karoli), Sandeep Yadav (Tijara) and Deepchand Kheria (Kishangarhbas) took Congress membership in September, last year.
Citing the reason behind switching the party, MLAs had said they wanted to fight against communal forces in the state and would want to work with the Chief Minister Ashok Gehlot.
“We took a decision in order to fight against communal forces and to work for the development of the state and stability of the government. Ashok ji is the best Chief Minister and no one can be better than him for Rajasthan. I was impressed with his style of working and polity,” Udaipurwati lawmaker Rajendra Gudd told ANI.
Nadbai MLA Jogendra Singh Awana said that it was difficult for them to support Congress from outside. (ANI)

Lynn, Maxwell, Short to donate for every six they hit during BBL to bushfire appeal