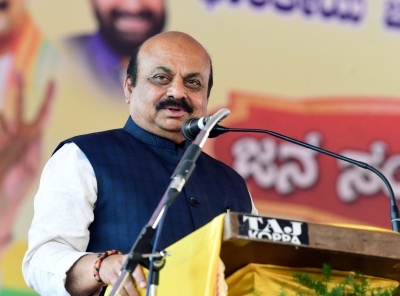 Bengaluru, Dec 6 (IANS) Karnataka Chief Minister Basavaraj Bommai on Tuesday exuded confidence on the BJP being elected for the seventh straight time in Gujarat, adding that the victory will impact his state in a positive manner during Assembly polls,” he added.

The entire country is supporting the leadership of Prime Minister Narendra Modi, he underlined.

It is for the seventh time that the Gujarat BJP is set to get elected in Gujarat. It shows people’s faith in administration, leaders and PM’s leadership, Chief Minister Bommai maintained.

“In Karnataka also, this will have a good impact, I am extremely confident that in the 2023 Assembly elections, the BJP party will form the government in the state,” he said.

Highway in California closed due to rockslides

Did Sushmita Sen and Rohman Shawl catch up for the first…

Govt to hold consultations on new IT rules on curbing…

India and Pakistan Armies exchanging sweets on the occasion…

Educate your kid with ‘CG Slate’ tab in fun way