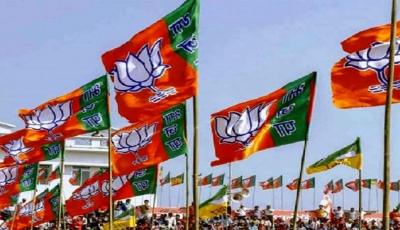 New Delhi, 30 Nov (IANS) The political tussle between Congress and BJP has intensified with respect to the ‘politics of performance’. While Congress is constantly trying to put the Modi government in the dock regarding the economic condition of the country and rising inflation, BJP claims that their government has fared much better in the domain of economy.

Comparing the size of the country’s economy in the tenures of UPA and NDA governments, BJP expressed on twitter that during 10 years of the UPA government, India moved up just one notch as the world’s largest economy. On the other hand, the Indian economy has climbed up five places to become the world’s fifth largest economy in just eight-and-a-half years of under Modi.

‘Big B is most engaging Indian actor on…

US Supreme Court to consider ‘work on Sunday’ case