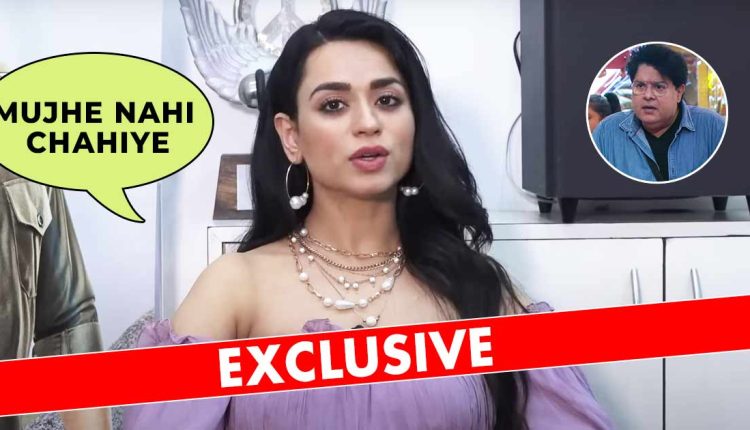 Bigg Boss 16 is full of ups and downs! As the show is currently on its last leg, contestants have been putting their heart and soul to entertain the audience in order to win the show. As of the top contestants of the show are Shalin Bhanot, Tina Datta, Priyanka Chahar Choudhary, Shiv Thakare, MC Stan, Nimrit Kaur Ahluwalia, Sumbul Touqeer and Archana Gautam. In the latest episode, we saw Soundarya Sharma getting evicted after coming so close to the finale.

After her elimination, Koimoi got in touch with Ms Sharma, who spoke her heart out about her Bigg Boss journey. Here’s what all she spoke about!

During our conversation, when we asked Soundarya Sharma about her constant fights with Tina Datta due to Shalin Bhanot she clearly exclaimed “Mujhe bohut target kiya gaya.”

Well, this isn’t enough! Soundarya Sharma spoke about many other things too. Don’t miss her interesting conversation with Koimoi:

Must Read: Shehnaaz Gill Gifts Herself A Luxurious Diamond Ring, Clarifies Her Relationship Status: “Bought It Myself So No One…

With Modi at helm, people needn’t be afraid of…